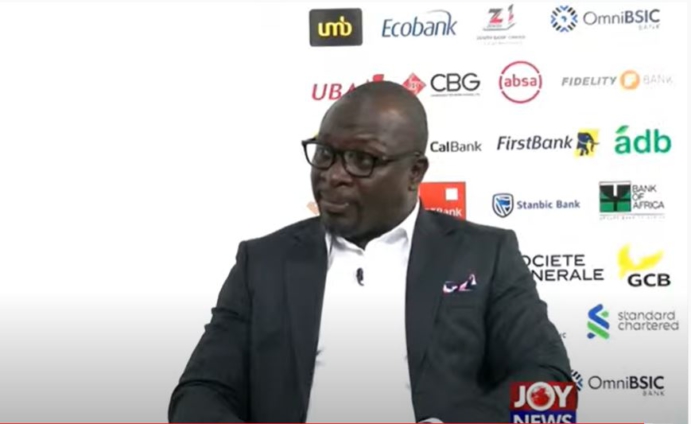 The Chief Executive Officer of the Ghana Association of Bankers (GAB), John Awuah, says the Banks are having a fair share of the pressures of the country’s current economic state.

According to him, the banks are also going through some tough times just like any other economic actor.

“We are the residual recipient of risk in the country,” Mr. Awuah said

He made this comment in an interaction on JoyNews’ Business Edition of PM Express on Thursday.

The topic for discussion was ‘the role of banks in averting cedi depreciation.”

This is against the background that on August 18th, 2022, the Ghana cedi reached the GHC10 mark, trading at GHC10.01 in the retail market. Simultaneously, the cedi fell to GHC10 to the Euro.

Also, a recent currency performance ranking by Bloomberg classified the Cedi as the worst-performing currency across the globe after Sri Lanka’s Rupee. Bloomberg tracked the performance of 150 currencies in the world and the Cedi placed last but one in terms of performance since the beginning of the year.

In this regard, the Bank of Ghana announced measures to help address the cedi depreciation as well as the rising inflation.

The GAB CEO explained that the banks are doing the best under the circumstances.

“We are the soft kind of target for the population even sometimes we receive a lot of flags for things that we did not cause and people ordinarily forget we also exist in the economy and whatever challenges individuals are going through, as Bankers or Banking Institutions we are also facing similar challenges,”

According to him, because of current loan interest rates and businesses struggling to repay their loans, banks are left to bear the ultimate risks on behalf of the businesses.

He cited an example of the risks the banks take to help in times of economic crisis.

“If you are a salaried worker and maybe you took a mortgage when the rate was GHC5 to the dollar and all of a sudden it is GHC10 to the dollar, your salary is fixed as at a certain amount and all of a sudden your debt service ratio instead of 40 percent is like 70 percent; you have other obligations to meet of which you are struggling to meet. Your repayment expectations from the bank, who is bearing that risk? It is the bank.”

For this reason, Mr Awuah indicated that “Banks sometimes simplify the pressures through the risks that the banks assume, particularly in the kind of economic climate Ghana finds itself at the moment.”

DISCLAIMER: The Views, Comments, Opinions, Contributions and Statements made by Readers and Contributors on this platform do not necessarily represent the views or policy of Multimedia Group Limited.
Tags:
Baning institutions
Mr. John Awuah