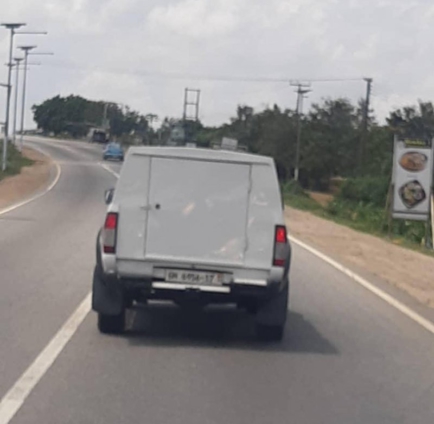 Financial institutions in the country have not been able to meet the deadline set by the Inspector General of Police (IGP), James Oppong-Boanuh for them to use fortified bullion vans in transporting cash.

The directive was expected to take effect today, Thursday, July 1, as the IGP indicated a deadline of June 30, 2021, following the Jamestown Bullion Van attack that resulted in the death of a policeman and a bystander.

But, the Director-General of the Criminal Investigations Department of the Police, COP Ken Yeboah, speaking to JoyNews said the banks have indicated that they cannot meet the deadline.

“We’ve met the governor with his team recently, and the issue was that the timing was too close to the extent that they would not be able to import amoured vehicles within this two or three weeks,” he said.

“Meanwhile IGP has already written to them as far back as last year, but they were pleading for time enable them to import.”

Meanwhile, the Director-General in charge of operations at the Ghana Police Service, ACP Arhin Annor said the Service will implement some measures to safeguard bullion vans effective Thursday.

According to him, “the personnel should not be less than three and they also have to put on their body amour and then the helmet so that is the directive that has been given by the Chief of Police.”

The IGP on the heels of the Jamestown attack, met the Association of Bankers and issued a new deadline to them although an earlier directive from the Bank of Ghana specified July 2023.

“From now, 30th of this month (June), any bank or company that does not have a bulletproof bullion van, we are not going to provide the assistance for that company,” the IGP had said at the family residence of Constable Emmanuel Osei, when he went to commiserate with them.

DISCLAIMER: The Views, Comments, Opinions, Contributions and Statements made by Readers and Contributors on this platform do not necessarily represent the views or policy of Multimedia Group Limited.
Tags:
Banks in Ghana
Bullion van attack
James Oppong-Boanuh