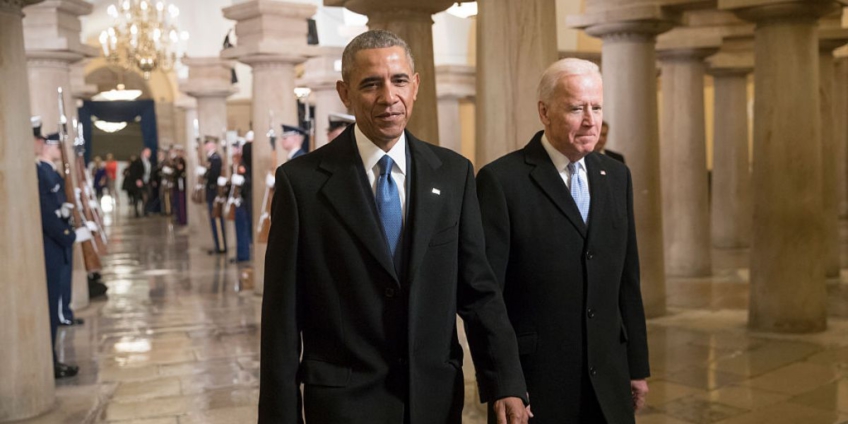 Former President Barack Obama made it clear in an interview on Sunday (Nov. 15) with CBS’s Gayle King that he has no plans to join President-elect Joe Biden’s Cabinet next year.

“There are probably some things I would not be doing, ’cause Michelle would leave me. She’d be like, ‘What? You’re doin’ what?’” Obama said jokingly about his wife Michelle Obama’s likely reaction to the idea.

Obama said he would help his former vice president in any way he can, but he added that Biden doesn’t need his advice.

His comments on CBS Sunday Morning and the forthcoming 60 Minutes were his first interviews after the election and ahead of the release of his book, A Promised Land.

Obama stayed in the background for most of the presidential campaign. However, in the final weeks, Obama strongly criticized President Donald Trump in speeches he delivered in key swing states, especially on Trump’s failure to combat the deadly COVID-19 pandemic.

“It wasn’t personal. The truth is everything I said, I was just stating facts,” he told King.

Obama said would have preferred not to have been out there but defended his decision to break with the tradition of former presidents getting involved in presidential campaigns.

He stated, “I think we were in a circumstance in this election in which certain norms, certain institutional values that are so extraordinarily important, had been breached – that it was important for me, as somebody who had served in that office, to simply let people know, ‘This is not normal.’ “

DISCLAIMER: The Views, Comments, Opinions, Contributions and Statements made by Readers and Contributors on this platform do not necessarily represent the views or policy of Multimedia Group Limited.
Tags:
Barack Obama
Trump
US election 2020