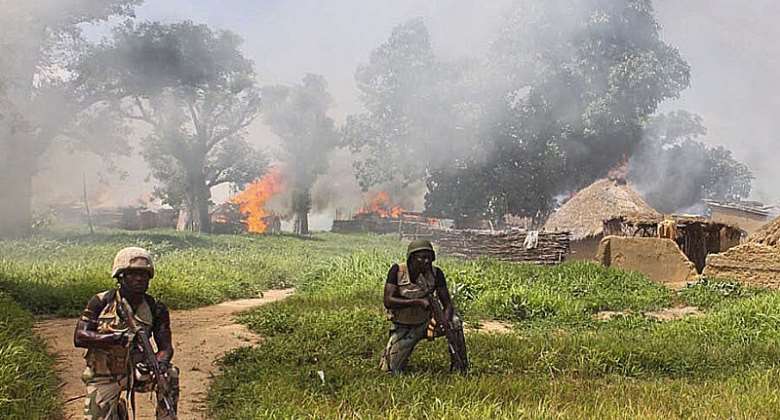 File photo: Bawku is said to be calm now

A Security Analyst, Adibs Sani has advised government to adopt a more sustainable approach to bring an end to the violence in the Bawku township in the Upper East Region.

According to him, the current system government is implementing will not resolve the violence.

“Now the issue is with the approach in dealing with the situation on the ground over the years. When you even listen critically to the Peace Council, you will realise that the focus is very much on the kinetic approach.

“We need to keep the peace, imposition of curfews, let us ban the use of tricycles, let us stop people from wearing fugu… and all that. It is not sustainable, it is ad hoc,” he stressed.

Speaking on Joy News’ The Pulse on Monday, Mr Sani explained that the laid down rules will not entirely end the violence, thus “they [government] might silence the guns today but because we have not taken the initiate to deal with the underlining fundamental issues, they will fight again tomorrow.”

His comments come in the wake of the recent shooting incidents in Bawku which reports say has currently claimed seven lives.

The security analyst said government had met the groups involved in the clash to settle the issue but for failure to meet their demands, violence has irrupted.

“The Defence Minister and some other security stakeholders including my senior colleague, Dr Adam Bonaa were in Bawku where they met the various sides [parties involved in the clash] who committed to silencing the guns on a certain condition that government will take practical steps to deal in a sustainable way with the issue once-and-for-all.

“The people lived up to their part of the bargain by silencing the guns for about two months, not a single shot was fired in Bawku. However, I don’t think government did much to deal with the issue as a result, here we are,” he added.

In the interim, he has advised that security services on the ground give some reassurances to the people of the suburb so they do not think that the services have lost control of the situation.

It would be recalled that on December 19, an unspecified number of people were reportedly killed the previous day while others sustained various degrees of injuries in a renewed chieftaincy clash at Bawku.

The Ghana News Agency reports that the renewed violence erupted after the alleged killing of an old man and his son at Natinga on Saturday.

The old man was shot dead at his home while his son died later on Sunday. This led to sporadic shooting within the Bawku township leading to casualties.

The Bawku township for months now has experienced recurring curfews by the Ministry of the Interior due to the restart of the conflict in November, 2021.

The Upper East Regional Security Council further placed a ban on the wearing of smocks, riding of motorbikes and operation of tricycles in the community.

DISCLAIMER: The Views, Comments, Opinions, Contributions and Statements made by Readers and Contributors on this platform do not necessarily represent the views or policy of Multimedia Group Limited.
Tags:
Adibs Sani
Bawku
Security Analyst