Bawumia is ‘Economic Maguire’, he is scoring own goals – Adongo 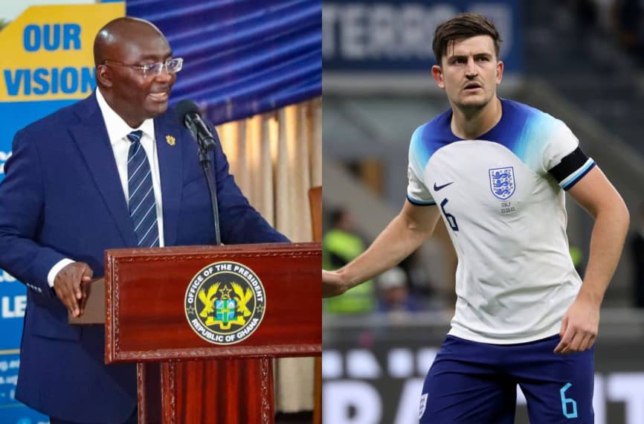 Member of Parliament for Bolgatanga Central, Isaac Adongo has criticised the Head of the Economic Management Team, Dr. Mahamudu Bawumia for what he termed as poor management of the economy.

Speaking on the floor of Parliament, Wednesday, Mr. Adongo described Dr. Bawumia as “Economic Maguire” who has become a risk to Ghana’s economic prosperity.

The MP likened the Vice President to Harry Maguire, an English player who has become a threat to the defense of his club, Manchester United, because he has been scoring ‘own goals’, thus assisting opponents to score his team.

According to the MP, prior to the ruling New Patriotic Party government’s assumption of office, Dr. Bawumia was touted as the ‘economic wizard’ because he delivered lectures on how to tackle the cedi depreciation and improve the economy.

He noted however, that after becoming Head of the Economic Management Team, Dr. Bawumia is now behaving like Harry Maguire- destroying the fundamentals of the economy.

“Mr. Speaker when we gave this Maguire the opportunity to be at the center of our defense, he became the risk of our own goal. Dr. Bawumia, our Economic Maguire is now tackling all the fundamentals of our economy and destroying all of them,” he said on the floor.

The country’s inflation rate is currently at 40.4% with the cedi depreciating by 53.8% in 2022. Fuel prices have increased more than three times this year with the cost of living now high.

Ghanaians have consistently lamented the economic hardship and called for the government to introduce measures to ease the hardship.

The government is currently before the International Monetary Fund (IMF) for economic support amidst the country’s GH¢467.37 billion current public debt.

Moody’s has also downgraded the Government of Ghana’s long-term issuer ratings to Ca from Caa2 or further junk status and changed the outlook to stable.

This concludes the review for the downgrade that was initiated on September 30, 2022.

“The Ca rating reflects Moody’s expectation that private creditors will likely incur substantial losses in the restructuring of both local and foreign currencies debts planned by the government as part of its 2023 budget proposed to Parliament on 24 November 2022″, a statement published on its website said.

DISCLAIMER: The Views, Comments, Opinions, Contributions and Statements made by Readers and Contributors on this platform do not necessarily represent the views or policy of Multimedia Group Limited.
Tags:
Dr. Bawumia
Economy
Head of Economic Managment Team
Isaac Adongo