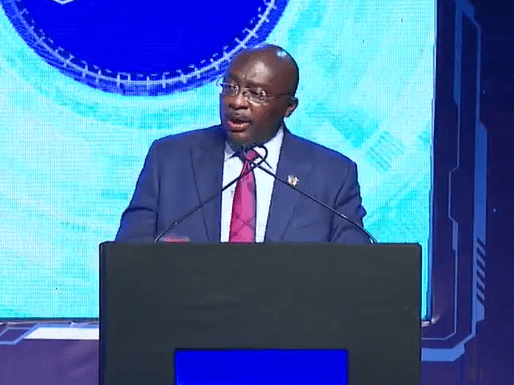 The spokesperson of the Vice President has assured that Dr Mahammudu Bawumia will definitely break his silence on the current economic predicaments being encountered in the country.

Dr Gideon Boako, in an interview Dr Boako noted that there have been various meetings and serious discussions by the Economic Management Team aimed at addressing the challenges and the Vice President will certainly address the general public on them.

“Whether he [Dr. Bawumia] is going to speak, I don’t think there is any rush in that. The Vice President has always been speaking on the economy. And he will definitely speak.

“Even yesterday [Monday], he spoke in Ho, and he took a bite at the economy. So I don’t see anything to suggest that the Vice President doesn’t want to speak on the economy,” he added.

Dr Boako’s comments follow various calls on the Vice President who has been projected by the ruling government as the country’s economic messiah to react to the concerns and plights of Ghanaians.

The calls come in the wake of the high cost of living resulting from various developments, including the hikes in fuel, transport, goods, and services.

The once vociferous Bawumia, however, has suddenly gone silent on the issues. His silence has left many wondering.

Speaking on Joy FM’s Super Morning Show, the lawmaker noted that the once vociferous Dr. Bawumia, who was a strong advocate for various government policies, has lately been missing.

Former President John Mahama has been seeking the whereabouts of Vice President Dr Mahamudu Bawumia amidst the increasing cost of living and worrying state of the country’s economy.

According to him, the New Patriotic Party (NPP) used false promises to convince Ghanaians to vote them into power.

However, the party, since assuming power, has failed to deliver on its mandate despite the lofty promises ahead of the 2016 general elections.

He, therefore, urged the once vociferous Dr Bawumia to speak up.

In a reaction, Dr. Boako has dismissed the assertion that Dr Bawumia has deliberately refused to comment on the issues.

“People want to hear his voice any time there seem to be a downturn in the economy.”

“If you look at what is happening now, the government is not sleeping on it. There have been serious discussions. The economic management team has been up and doing.

“What is important is that, whether it is the Vice President or the Minister [of Finance] or the President who is speaking, there ought to be some reliable solutions. That is what Ghanaians are looking for. Ghanaians want results,” he added.