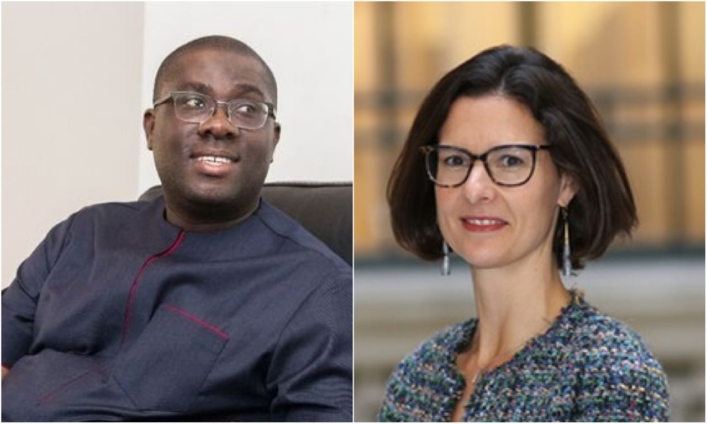 The Director-General of the National Lottery Authority (NLA) has questioned the rationale behind recent utterances by the UK High Commissioner to Ghana, Harriet Thompson.

Sammy Awuku is concerned about what he sees as a seeming imbalance in the diplomat’s commentary regarding Ghana’s governance issues.

The former Organiser for the New Patriotic Party (NPP) indicated that the diplomat must channel some of the energy towards some issues engaging the attention of her home country, the UK.

He urged the High Commissioner to be mindful of her remits in order not to overstep her boundaries as a diplomat through her assertions.

“Sometimes I beg to differ with the way she also expresses her opinion. That doesn’t mean that we are gagging people. But I think that there’s definitely a code as well for diplomats and I think sometimes she might also be a bit cautious with the way she interferes in the governance process of the country,” he said on Monday.

Over the weekend, the British High Commissioner to Ghana, in an interview on JoyNews addressed certain developments in the country.

Mrs Thompson, among other things, asked that President Akufo-Addo stands with Ghanaians as the country goes through economic challenges by cutting down on expenditure as a sign of solidarising with the plight of the citizenry.

She also described as worrying the perception that corruption is getting worse in the country.

But speaking on Joy Prime, Sammy Awuku insisted that “she is been very eloquent in interfering in the governance process of a country.”

On her call for expenditure cuts, the NLA D-G explained that “once she begins to also express these opinions, they are good, but it’s important that she also becomes very balanced in what’s also happening back home in our country.”

“She’s talking about cutting down costs, which I also find very interesting which is so good for the midst of this UK is also investing more in ammunition to support Ukraine, to the detriment of the British people, who are also feeling the pinch.”

DISCLAIMER: The Views, Comments, Opinions, Contributions and Statements made by Readers and Contributors on this platform do not necessarily represent the views or policy of Multimedia Group Limited.
Tags:
caution
Harriet Thompson
Sammy Awuku
UK High Commissioner to Ghana