Be focused and prayerful instead of following miracle churches – Women urged 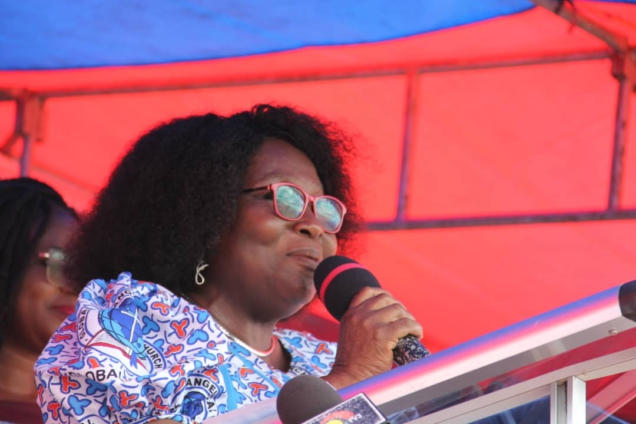 Women of the Global Evangelical Church have been advised to stop attending churches where only miracles are preached and salvation is relegated to the background while self-styled men of God or prophets extort money from their members.

The wife of the Volta Regional Minister, Mrs. Victoria Letsa advised women at the annual International Women Convention by the Global Evangelical Church being held at Wumenu in the Agotime Ziope District.

Mrs. Victoria Letsa, speaking on behalf of the First Lady, Mrs. Rebecca Akufo-Addo, stated that such churches primarily target innocent women who genuinely have problems that require immediate attention and dupe them.

‘’These so called men of God usually target our innocent women who are more vulnerable, tell them lies about their situations and even extort money from them,” Mrs. Letsa said.

She called on Christians to rally behind the government through prayers as it continues to find solutions to the numerous economic challenges facing the country.

The Regional Minister’s wife noted that despite government’s life-changing interventions, the fortunes of the country could only be realised if government is given the needed assistance by all well-meaning Ghanaians.

The four-day convention which is under the theme: “Christian woman, be a resolute faithful steward” brought participants from across the world.

“The role of the woman in building our nation can never be overemphasized. Women play a watchdog role over the spiritual and moral welfare of the nation,” she said.

She urged Ghanaian women to continue to play that watchdog role against any evil such as corruption, mismanagement, indiscipline, negative attitudes towards work and immorality.

The International Coordinator of the Ministry, Mrs. Vivian Doe noted that the Global Women Ministry remains the largest ministry in the church and has impacted positively on the lives of women and their homes.

Mrs. Doe noted that there are lots of projects underway to help women become economically independent and self-reliant.

The Moderator of the Global Evangelical Church, Rt Rev Prosper Samuel Dzomeku said the Church will continue to help in the spiritual upliftment of the members, especially women who are the caretakers of the homes.