Be prepared to face consequences if you don’t pay us 20% CoLA by end of June - GNAT - MyJoyOnline.com 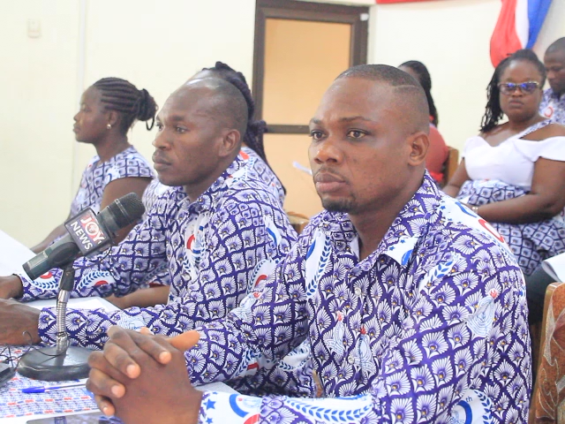 The Ghana National Association of Teachers (GNAT) says it should not be blamed for any action it takes over the failure of government to pay them their cost-of-living allowance (CoLA) by the end of June.

The teacher union says the high cost of living is making life extremely unbearable for its members, and if the government sits unconcerned about their demands for the payment of the 20% CoLA, it should be prepared to face the consequences.

Speaking at a news conference in Cape Coast, the association highlighted that the persistent rise in the prices of goods and services and the poor condition of service on the part of teachers compelled them to call on the government for a cost-of-living allowance during the 2022 May Day celebration.

The Central Regional Chairman of GNAT, Benjamin Wilberforce Eshun, emphasized that the inflation rate was suffocating its members and that the government should pay heed to their demands.

According to GNAT, the Ghana Statistical Service as of January last year recorded an inflation of 9.9% and recorded inflation of 12.6% by the end of December.

He further intimated that the rate of inflation has risen to 27.6% as of May 20, 2022, making life unbearable.

“The development in the economic sector of Ghana has worsened the living conditions of teachers in the Central Region.”

Lately, the prices of goods and services, including fuel, have been increased weekly to the disadvantage of the average teacher.

“Our checks at the Kotokuraba and Abura markets in Cape Coast have revealed that the prices of the basic goods and services we patronize are revised persistently and astronomically beyond the levels that one can imagine,” he said.

They explain that due to the persistent rise in the price of fuel over the period, for example, the cost of transportation in the region has become unbearable for teachers who commute to school on a daily basis.

He says this multiplies the cost of transport, goods and services, and, invariably, the cost of living in general in the central region.

He further stated, “In Cape Coast, as we speak, a ball of kenkey which was sold at ¢1 at the beginning of the current year is now ¢3.”

They say it is for these reasons that we, the leadership of GNAT in the Central Region, deem it appropriate to back the call for COLA for teachers immediately.

The association called on the government to immediately pay heed to the 20% COLA by the end of June or else the association should not be blamed if any action is taken.

“While standing by the demand for the 20%COLA to cushion our members, we are also by this statement reminding our national leadership to advise ourselves if the June deadline they proposed for payment is not heeded by the government,” he added.