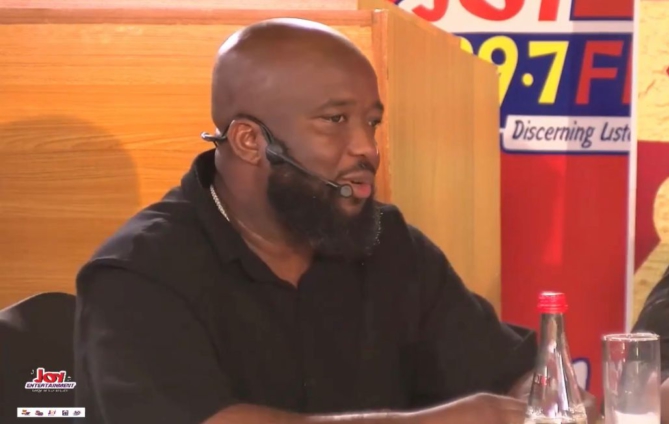 It cannot be said enough that times have changed, and the world keeps evolving.

In music, rapper Trigmatic says artistes should be thankful for the current easy access to information through creative arts forums such as Joy Entertainment’s Showbiz Roundtable.

Trigmatic joined the panel on Showbiz Roundtable, held last Saturday at the Labadi Beach Hotel. During the thought-leadership forum which discussed matters on artiste PR, contracts and royalties, the rapper opined, “artistes now are lucky to hear some of these discussions, or learn from certain mistakes”.

His comments come in reaction to information on the importance of music contracts and royalties shared by the keynote speakers at the event.

As the conversation unfolded, Trigmatic, known in real life as Enoch Oduro-Agyei, admitted that his colleagues lose out on royalties, while others sign up to life-wrenching contracts mostly due to ignorance and misinformation. These can likely be blamed on lack of grooming and living the fantasy of music culture. Artistes usually do everything but consider the revenue aspect of the craft, he believes.

“You had seen your predecessor on big stages, you wanted to mimic and be like them…but you never got to see the business side, signing contracts, or understanding what it meant to sign to GHAMRO”, Trigmatic related to host George Quaye. His assertion confirms the opening remarks of Keynote Speaker Rex Omar during the Showbiz Roundtable forum.

According to Rex, musicians must treat music as business, weigh the pros and cons, before venturing into music, adding that talent isn’t enough.

Trigmatic’s thoughts paint a perfect picture of the norm in the Ghanaian music industry in yesteryears. However, the emergence of the internet, technology, the fast-paced easy access to standard practices in music around the world, including initiatives such as Joy Entertainment’s ‘Music Business and Tourism’ forum makes it easier for artistes to right the wrongs.

Over the years, some artistes have been unable to eat the fruits of their labour, after ignoring laid down practices and procedures that possess the keys to essential remuneration and deserved royalties. Many eventually live in misery due to lack of better planning.

However, information on royalties, contracts and the likes are easily accessible in today’s world. Platforms such as the Showbiz Roundtable also offer artistes the chance to both tell and learn from the stories and mistakes of predecessors and successors alike.

Trigmatic added that, “in most cases, most songs are not blown out of intentional planning”, thus artistes should leave nothing to chance, by tackling all important aspects of music business.

DISCLAIMER: The Views, Comments, Opinions, Contributions and Statements made by Readers and Contributors on this platform do not necessarily represent the views or policy of Multimedia Group Limited.
Tags:
Joy Entertainment
Music
Showbiz Roundtable
Trigmatic