Being a politician doesn't make you smarter than us - Van Vicker to Shirley Ayorkor - MyJoyOnline.com 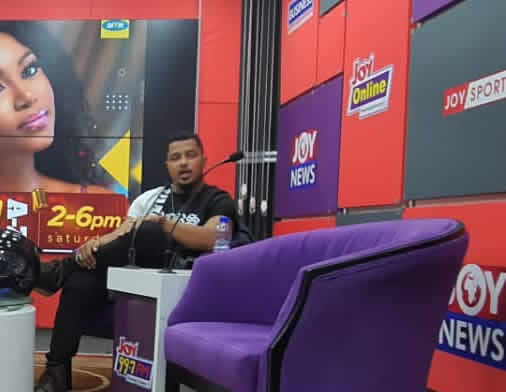 Actor Van Vicker says the words used by Foreign Minister Shirley Ayorkor to describe John Dumelo’s bid to be an MP is unfortunate.

While campaigning for Lydia Alhassan, the Minister said Parliament was for serious minded people, not those who have acted in some movies and think they are popular.

But this did not go down well with some people in the Creative Arts sector including the actor.

According to Van Vicker, her statements make people in the art seem unserious and disregard the efforts they have made to push the name of the country.

Speaking on Showbiz A-Z, he said, “I feel unhappy hearing it because I think actors are very serious people. If we have to go to the studio to sing a song or act in front of the camera, does that make us any less serious?”

Van Vicker stated that all Ghanaians are one people and thus it is unfair for Madam Shirley to use her words to put down the art in the name of politics.

“You being in politics does not make you any smarter than me because I am in movies…that’s unfortunate she shouldn’t have said that.”

In a post on Instagram he stated that all persons in the arts should demand for an apology from the Minister.

“Now all my creative arts colleagues should be resentful at her utterance and demand an apology, for what she said is indeed racist, discriminatory and such bigotry SHOULD NO LONGER be perpetuated in dividing us as a people.”