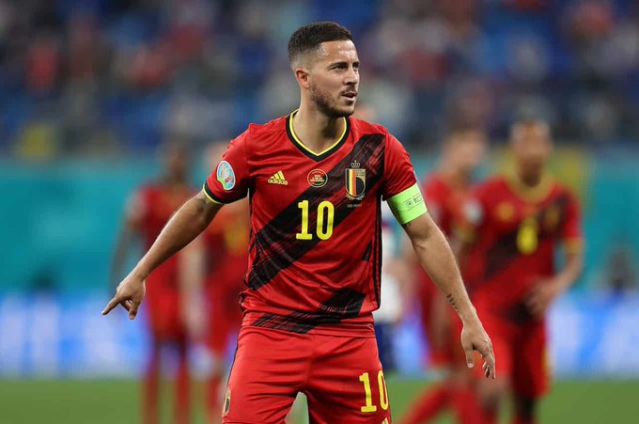 Belgium playmaker Eden Hazard has retired from international football at the age of 31.

Hazard, who is an attacking midfielder or winger, made his Belgium debut in 2008 at the age of 17 and went on to win 126 caps, scoring 33 goals.

His decision comes after Belgium were knocked out of the World Cup in the group stages.

“Thank you for your love [and] for your unparalleled support.”

He added on social media: “Thank you for all this happiness since 2008. I have decided to put an end to my international career. The succession is ready. I will miss you.”

Hazard was part of the squad that reached the semi-finals of the 2018 World Cup, losing 1-0 to France, and went on to defeat England to finish third.

He made his debut against Luxembourg, coming on as a substitute to become the eighth youngest player for his country. And he went on to feature at three World Cups and two European Championships, as well as captaining the team 56 times.

Hazard played in all three World Cup games in Qatar but Belgium only managed to score once, in a 1-0 win over Canada. They were beaten 2-0 by Morocco and drew 0-0 with Croatia.

Hazard moved to Real Madrid from Chelsea for an estimated £150m in 2019. He spent seven years at Stamford Bridge, winning the Premier League twice, the FA Cup and EFL Cup once each, and two Europa League titles.

His time in Spain has been hampered by injuries but since he joined, Real Madrid have won two La Liga titles and the Champions League, although Hazard was an unused substitute in May’s 1-0 win in the final against Liverpool.

He has only made six appearances for Carlo Ancelotti’s team this season.

Belgian striker Michy Batshuayi called Hazard “legendary” on his Instagram page, while keeper Simon Mignolet added: “Thanks for all those amazing moment Eden.”

Former club Chelsea wrote: “One of the all-time Belgian greats.”

DISCLAIMER: The Views, Comments, Opinions, Contributions and Statements made by Readers and Contributors on this platform do not necessarily represent the views or policy of Multimedia Group Limited.
Tags:
Belgium
Eden Hazard
Qatar 2022 World Cup