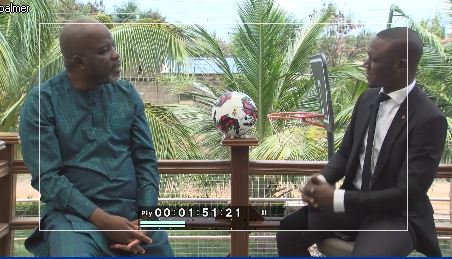 The Ghana FA signed a three-year sponsorship deal with the betting company worth $6 million across the contract duration.

“Also part of the money will go into media and marketing and finally part will go into the construction of a betPawa astro turf football pitch at the Ghanaman Soccer Centre of Excellence,” president Okraku revealed during the signing ceremony in early August.

However, Osei Palmer, who served as finance committee of the FA for seven years claims the money is less than the announced figure.

“The betPawa sponsorship is not more than $1 million,” Palmer told Joy Sports.

“How can you give me $2 million and say activation is $1 million. How are you going to capture that in your books?

“In your books, you can only declare $1 million as the sponsorship figure. In accounting, we have allowable and non-allowable expenditure, if it’s for adverstising or promotion, it has to appear as adverstising and promotion; you cannot lump that and say that is part of sponsorship.

“So within the books and records of the  FA, how much have you received for the sponsorship and clubs are getting $25,000 out of $2 million? No!”

The former Black Stars management committee chairman disclosed that, the FA sponsorship with Glo signed some ten years ago, was worth $6 million a year, but it could only announce $3 million because the other $3 million was for activation.

DISCLAIMER: The Views, Comments, Opinions, Contributions and Statements made by Readers and Contributors on this platform do not necessarily represent the views or policy of Multimedia Group Limited.
Tags:
BetPawa
GFA
Ghana Premier League
Kurt Okraku
Palmer