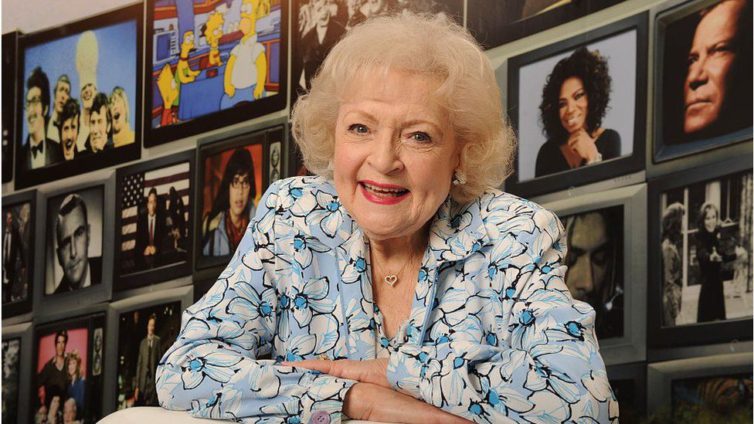 US President Joe Biden has led a flood of tributes to trailblazing actress and Golden Girls star Betty White, who has died at the age of 99.

Calling her a “lovely lady”, Mr Biden told reporters: “99 years old – as my mother would say, God love her!”

Tributes also poured in from people in the entertainment industry including Sandra Bullock, Reese Witherspoon and Ryan Reynolds.

“The world looks very different now,” tweeted Reynolds about his co-star in the 2009 film The Proposal and the woman whom he jokingly referred to in media interviews as his “ex-girlfriend”.

“She managed to grow very old and somehow, not old enough,” he continued. “We’ll miss you, Betty.”

The world looks different now. She was great at defying expectation. She managed to grow very old and somehow, not old enough. We’ll miss you, Betty. Now you know the secret. pic.twitter.com/uevwerjobS

“I’ve heard Ryan can’t get over his thing for me,” White had deadpanned to People Magazine for its December issue, “but Robert Redford is The One.”

White’s most famous role was as the naive-but-loveable Rose Nylund in the sitcom The Golden Girls in the 1980s and 90s. The show centred on the friendship of four women sharing a home in Miami and won many awards.

In 2010, she rounded off a decades long career by becoming the oldest person to host Saturday Night Live.

Five years later, she was honoured with a lifetime achievement Emmy Award – her eighth Emmy in total.

Other US stars took to Twitter to send their condolences and praise her many comedic acting roles.

“A great loss to us all. We shall miss her dearly,” tweeted Star Trek actor George Takei.

“I grew up watching and being delighted by her. She was playful and daring and smart,” wrote Will & Grace actress Debra Messing, also calling White “a national treasure”.

“What an exceptional life,” posted talk show host Ellen DeGeneres. “I’m grateful for every second I got to spend with Betty White.”

Steve Martin recalled a chance encounter when he was opening in 1974 for musician Linda Ronstadt in LA in a tweet to commemorate her 100th birthday.

He described feeling “elated” after White told him that she and her husband Allen Ludden came to see him “because we heard you were funny”.

“Your wit, your charm, your warmth and your smile will always be with us.”

“When I was a kid, I watched ‘Golden Girls’ with my grandmother and I fell in love with Betty White,” said actor Jennifer Love Hewitt, who starred in a 2011 Hallmark movie with White.

She described how she had kept in touch with her “idol” in the years since, often going out for pizza and drinks together.

“She was everything that you wanted her to be and more,” said Love Hewitt in an emotional video.

We are saddened by the passing of Betty White.

Not only was she an amazing actress, she also served during WWII as a member of the American Women’s Voluntary Services.

A true legend on and off the screen. pic.twitter.com/1HRDYCeV7w

The Martin Luther King Jr Center also tweeted praise for her, saying that she worked to support an African-American tap dancer in 1954.

In response to criticism, she gave him “even more airtime,” the civil rights organisation tweeted.

The US Army also tweeted their respects, writing on Twitter: “Not only was she an amazing actress, she also served during WWII as a member of the American Women’s Voluntary Services.

“A true legend on and off the screen.”