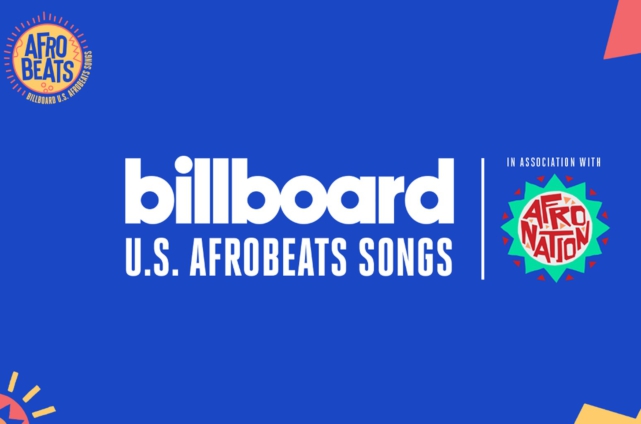 Afrobeats has reached a new height in the global world.

The music genre, which has become a worldwide phenomenon following its rapid growth in the last few years, is finally getting its own Billboard music chart.

In collaboration with Afro Nation, Billboard, on Tuesday, March 22, announced the launch of the first-ever United States chart for Afrobeats music.

The Afrobeats Songs Chart would rank the 50 most popular Afrobeats songs in the United States. The chart is expected to go live on  Billboard.com on March 29.

The ranking would be based on a weighted formula incorporating official streams on both subscription and ad-supported tiers of leading audio and video music services, plus download sales from top music retailers.

This news follows the growth of Afrobeats from the shores of Africa to the world. In the past few years, the genre has yielded some of the biggest success stories of the young decade.

Afrobeats have seen a push with the nomination of Afrobeats albums like Made In Lagos (Grammy 2022), Twice as Tall (won Best Global Music Album category in 2021) and African Giant.

In a press release, Afro Nation founder Obi Asika noted that “I am humbled to have made a contribution to growing the genre alongside many talented, passionate people.”

“There is still so much more potential within the scene and the community that has grown around it and I believe it is vital that with Billboard we now have a U.S. chart that reflects this growth,” he continued.

He added that this chart would provide a platform on which emerging artistes can win over new audiences while showcasing their talents to the world.

Meanwhile, Billboard stated that they are excited to launch the Billboard U.S. Afrobeats Songs Chart.

“As with much of the world, Afrobeats has grown tremendously as a genre in America and we are proud to showcase the top songs and artists with this new weekly ranking.”

Prior to this, Afrobeats songs made appearances on other billboard Charts including Top Triller, Billboard Hot 100, Reggae Albums chart, and others.

This, however, is not the first chart to project Afrobeats. In 2020, The Official Charts Company in the UK launched the ‘Official Afrobeats Chart‘. This came after Afrobeats artists collectively spent 86 weeks in the Official Chart Top 40 in 2019.