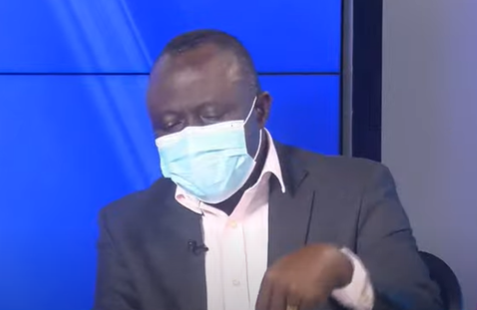 Deputy Minister for Food and Agriculture, Yaw Frimpong Addo says government will partially cover the losses of farmers whose activities have been affected by the bird flu.

Mr Addo made the disclosure on JoyNews’ PM Express Business Edition on Thursday while interacting with host, George Wiafe.

According to the Deputy Minister, the government is currently taking inventory of the affected farms.

The presence of the bird flu, he noted, did not come as a surprise since there were reports as of February and March.

Visiting parts of the country to assess the matter, he stated that some farmers in the Central Region were hit hard by the attack.

“The first farm I visited, they had destroyed some 300 birds. On the second farm, a university graduate who wanted to go into poultry lost about 4,000 birds. That was a big blow. I had to console him.”

Meanwhile, Mr Frimpong Addo has given the assurance that the situation has been contained within the affected farms.

“Unlike 2015, a similar thing happened and before we could say jack, it has spread across the country but this one has been contained so it is good news,” he stressed.

Due to the severity of the matter, about 1,500 birds were killed on a poultry farm at Torkor, near Denu, in the Ketu South Municipality of the Volta Region alone.

Also, the Volta Regional Directorate of the Veterinary Services has intensified its bio-security measures to deal with the highly Pathogenic Avian Influenza disease, also known as Bird Flu, in the region.