Eight movies were nominated for best picture on Tuesday, but there are two that couldn't be more different — "Black Panther," the Marvel blockbuster; and "Roma," Alfonso Cuarón's black-and-white Netflix film — might be the most significant in terms of leading the Oscars into new frontiers.

Marvel and Netflix have officially punched their tickets — finally, in the eyes of some — to Hollywood's most exclusive club.

The nominations offered something old and something new — breakthroughs for superheroes and streaming services, while still favouring old-fashioned issue-oriented dramas, costume fare and the latest version of the oft-remade "A Star is Born."

Still, for an organization rooted in tradition and often criticized for its stodginess, there were signs of a new order — and perhaps the influence of the new blood associated with expanding the Academy of Motion Picture Arts and Sciences membership ranks over the last few years.

Among the movies nominated for best picture, "Black Panther" stands out as a nod to Hollywood's present, representing the first superhero movie and Marvel title to gain such recognition.

The nomination (one of seven for the film overall) also has the feel of a preemptive strike, after host network ABC prodded the Academy to contemplate changes that included a "popular film" category, frustrated over a parade of nominees that relatively few members of the potential viewing audience had seen.

It's not only a nod to the $700 million that the movie earned in North America alone, but an acknowledgement of its cultural impact, and what it says about Hollywood representation involving people of colour. The nomination also follows a history of prior superhero sensations ("The Dark Knight," "Wonder Woman" among them) being denied the respect that comes with being invited to the entertainment industry's biggest stage.

The other forward-looking move — with "Roma," Netflix's first best picture nominee — isn't likely to reel in as many viewers, but does acknowledge a new industry power player, as well as the international nature of movie-going and shifting technology in the way that movies (and TV) are consumed.

By nominating "Roma," Alfonso Cuaron's autobiographical ode to the women who raised him, the academy has not only lauded a black-and-white movie shot in Spanish, but one for which no box office (or ratings) data have been made available.

Notably, Cuaron is joined in the best-director category by PaweÅ‚ Pawlikowski for another period black-and-white drama from a streaming service, Amazon's "Cold War," which will vie with "Roma" in the foreign-language film race, representing Mexico and Poland, respectively. 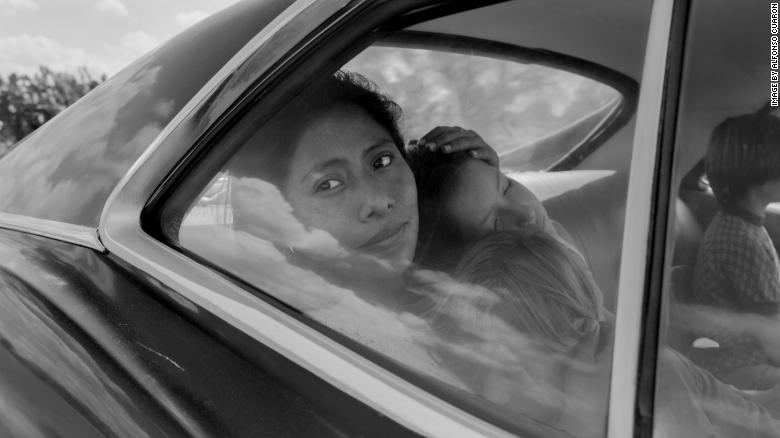 Yet if those titles mark ways in which the Oscars have evolved and adapted, there is plenty within the nominations that possesses a familiar touch.

In some respects, this year's nominations could be looked back upon as a watershed moment. They serve notice that superhero/fantasy movies — Hollywood's most profitable genre — can no longer be sneered at or dismissed, and that Netflix and other alternative delivery systems now have a significant seat at the table, in the same way the service pushed, prodded and bought its way to the top of the Emmy heap.

Yet there was more than enough that echoed the past to support the truism that in Hollywood, the more things change, the more they stay the same.