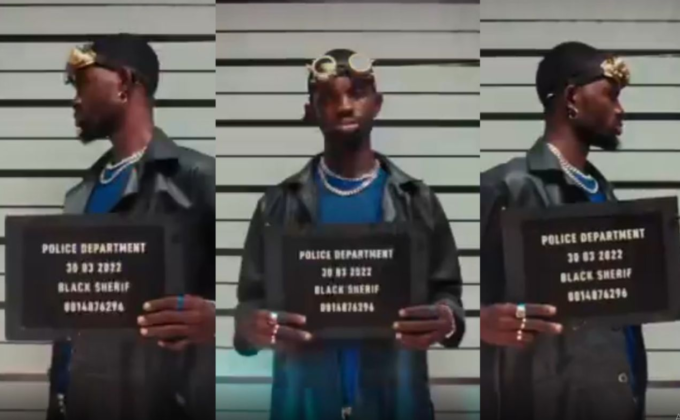 Fans of’ Kweku The Traveller’ should hang on to their hats because the much-anticipated music video for the song is on its way.

On Wednesday, Balck Sherif released some footage and pictures taken on the shoot set on his social media pages.

“Visuals for ‘Kwaku The Traveller’ Coming soon, Love You and Thank you,” the rapper captioned his posts.

In the 18 second snippet, Black Sherif was captured standing in front of a press throwing questions at him.

He was also running on a treadmill on a basketball court, and in another scene, he was seen taking a mugshot.

Meanwhile, Black Sherif has garnered over 75 million audio streams with his smash hit single, Kwaku The Traveller, in a month.

Kwaku The Traveller, produced by Joker Nharnah since its release, has been on the apex of major music playlists across the various digital streaming platforms in the world.

This earned him the cover of the prestigious ‘Rap Life’ playlist on Apple Music.