Black Sherif’s ‘Kwaku The Traveller’ debuts at No. 76 on Apple Music’s Top 100 Global 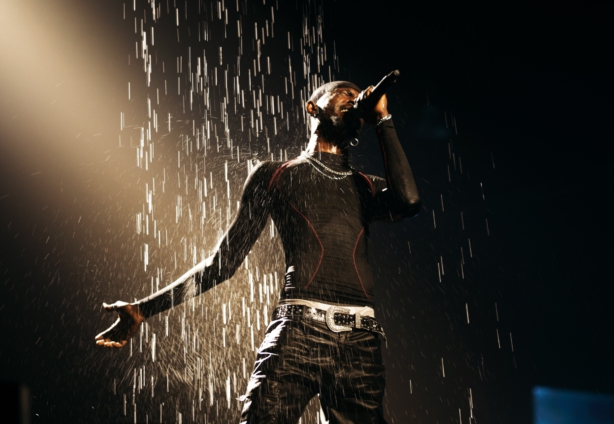 Less than a week since ‘Kwaku the Traveller’ hit streaming sites, the song is making waves beyond the borders of Ghana.

The song debut at number 76 on Apple Music’s Top 100 Global.

This comes days after he made history as the first solo artiste from Ghana to reach number one on Nigeria’s Top 100 Chart on Apple Music.

Blacko to the wiase. pic.twitter.com/KwbjHdgRDp

That is not all, “Kwaku The Traveller” has earned Black Sherif the number one spot on YouTube’s trending music list.

The video has garnered over half a million views on YouTube.

‘Kwaku The Traveller’ depicts the story of a young man struggling to make a life for himself.

On this path, which he has eventually come to accept, a lot of sacrifices and life-altering decisions seem to have been made.

Considering the gravity of some of these moves Blacko makes during this ordeal and the criticisms thereof, he is asking who is without sin to cast the first stone, like Jesus asked the Pharisees who accused a woman of sexual infidelity in John 8:7.

Since its release, Twitter users who have had the opportunity to interact with this piece have been left amazed. Many noted they relate with the lyrics of the song.

Opening up on the motivation of the song, Black Sherif revealed in an interview on UTV that he wanted to highlight some challenges the youth face on the street through his story.

He stated that many of his references in ‘Kwaku The Traveller’ were only to show he does not let his struggles and mistakes hinder his goal.

Black Sherif noted that he is happy the song has generated different conversations on social media.

DISCLAIMER: The Views, Comments, Opinions, Contributions and Statements made by Readers and Contributors on this platform do not necessarily represent the views or policy of Multimedia Group Limited.
Tags:
Apple Music
Black Sherif
Kwaku The Traveller