Black Stars can match up to Portugal, Uruguay and Korea Republic – Afenyo-Markin 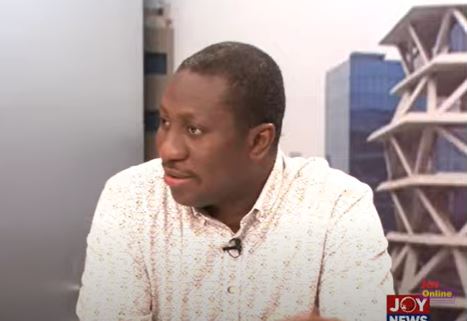 The Deputy Majority Leader, Alexander Afenyo-Markin is optimistic the Black Stars will emerge victorious in the games against Portugal, Uruguay and Korea Republic at the 2022 World Cup in Qatar.

According to Mr Afenyo-Markin, to ensure the Black Stars’ victory, a new strategy must be adopted by the technical team and the players must be determined to win.

The Effutu MP noted that the growth of the senior national team is imperative as the Black Stars’ performance against Nigeria at the Baba Yara Sports Stadium in Kumasi and Moshood Abiola Stadium in Abuja was not up to standard.

Speaking on JoyNews’ Newsfile, Saturday, he said: “Going to Qatar will require a new strategy, a new attitude and I believe the technical team should be ready. It is not our first time participating in the World Cup.

“We had an opportunity in South Africa to make it to the final stage and we blew it, unfortunately.

“To me, we can match up to them (Portugal, Uruguay and Korea Republic). Ghana has done it before. It is just a matter of being determined. Those days when we were doing well, the Starlets, Satellite, Meteors – we were meeting those countries and beating them.”

He added: “What is new? We have a record of beating Uruguay, South Korea. So to me, there is nothing new.”

The Black Stars booked their ticket to Qatar after a 1-1 aggregate scoreline.

Also on the show, the Bawku Central MP, Mahama Ayariga told host, Samson Lardy Anyenini that the Black Stars is indeed a force to reckon with.

“I believe that the Black Stars that we have can face any team in the world. The President himself acknowledged that these same players are playing in the best teams in Europe.

So if they are capable individually, being part of the squad in the major European teams, then you take them and bring them to Ghana and put them together, the only thing you need to give them is what they get in Europe,” he noted.

According to Mr Mahama Ayariga, all the Black Stars require to provide good results are good coaching, excellent technical support, and motivation.

On April 1, at the FIFA World Cup draw, Ghana was drawn against Portugal, Uruguay and Korea Republic.

This means Black Stars will play their first game against Cristiano Ronaldo’s Portugal, then face off against Luis Suarez’s Uruguay and play their last group game against Korea.

DISCLAIMER: The Views, Comments, Opinions, Contributions and Statements made by Readers and Contributors on this platform do not necessarily represent the views or policy of Multimedia Group Limited.
Tags:
Afenyo-Markin
Black Stars
World Cup 2022