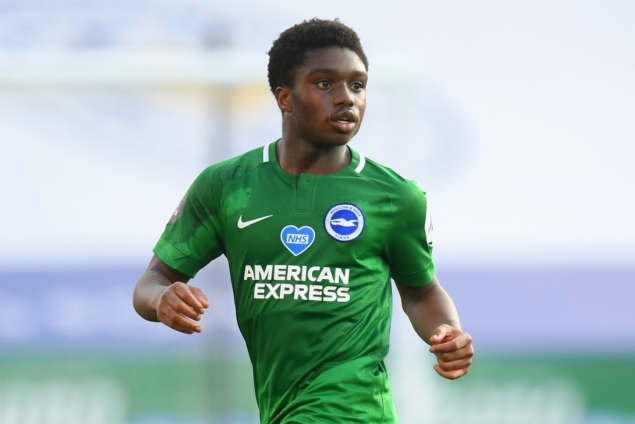 Brighton & Hove Albion right back Tariq Lamptey has been called up to the England under-21 team for the first time in his career.

Lamptey was placed on standby for the European U21 Championship qualifiers against Kosovo and Austria, but replaced Reece James in the squad who pulled out in the early hours of Wednesday.

The 19-year-old enjoyed a stellar debut campaign with Brighton as he made eight appearances providing one assist.

Born in England, Lamptey is of Ghanaian descent and is eligible to play for the Black Stars. There were recent reports that Ghana coach CK Akonnor had initiated talks to convince Lamptey to play for Ghana.

Lamptey playing for England’s U21 side won’t affect his eligibility for Ghana, however, good performances with them might take him closer to the senior team.

The former Chelsea defender will have to play a competitive game with England’s senior team to rule out any chances of playing for Ghana.

Brighton technical director Dan Ashworth said: “This is great news for Tariq and an opportunity for him to be around some of the best young players in the country.

“His performances for us at the end of last season helped earn him this call-up and we wish him all the best for the forthcoming matches.”

England face Kosovo in Pristina on Friday at 6pm and Austria next Tuesday in Ried im Innkreis, 7.30pm.

DISCLAIMER: The Views, Comments, Opinions, Contributions and Statements made by Readers and Contributors on this platform do not necessarily represent the views or policy of Multimedia Group Limited.
Tags:
Brighton
England
Tariq Lamptey