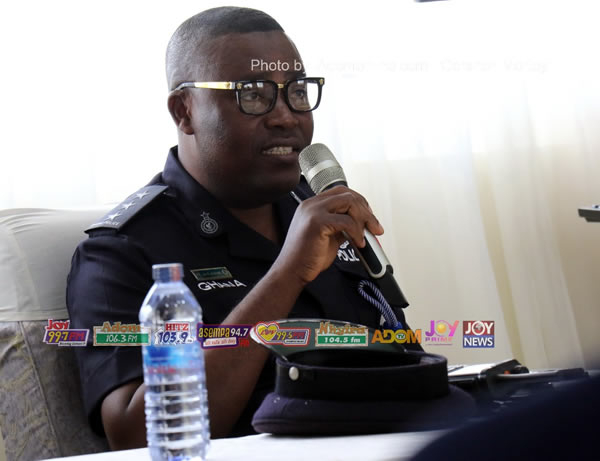 Ghana is a democratic state governed by a constitution. The constitution cannot enforce itself so it has shed the cardinal task of enforcement of its laws to the Ghana Police Service.

Article 200 clause 3 indicates ‘The Police Service shall be equipped and maintained to perform its traditional role of maintaining law and order.’

But consistently, we have been indifferent about happenings within the Police Service. Our best antidote has been lip service.

However, it is high time we prevented what seems like the inevitable chaos by becoming more concerned about this important institution.

The District Police Commander at East Legon, DSP George Lysander Asare, appeared before Emile Short Commission, which is investigating among other things the causes of the violence that marred the Ayawaso West Wougon by-election

After his witness, my stomach was churning.

The open secret of how civilians are treated at our police stations came to bear when a police commander thought casting his ballot was more important than suspects who had blood-stained shirts. Queried about his actions, his response was that the injuries were ‘not something that can kill’.

Again speaking to the standard procedure of the service, which requires a police officer to first be concerned about the health of a suspect, he said that is not entirely the case. And that police officers mostly use their discretion to determine how serious an injury is.

What sprinkles bile on the tongue is the logistical problem of the service. The DSP of EAST LEGON Police station said the only vehicle that was at his disposal was taken from him by the regional commander. So there was no other vehicle to be used to convey the suspects, who had sustained injuries from beatings by well- built men, to the hospital.

The attention given to the police service logistically by our governments is reflected by their residences.

Another known revelation is the unspoken fear that has engulfed our police personnel. A few policemen have mustered the courage to speak truth to authority. The fear of being transferred to the remotest part of the country lingers in their minds consistently.

This unspoken fear was evident when DSP Lesander incessantly said in their line of work ‘you don’t question authority just like that’. True, no authority will countenance unnecessary questions. But does that mean one should kowtow to mediocrity?  Who actually is this authority that has clam up our police personnel?

Article 201 points out the makeup of the Police Council.

‘There shall be established a Police Council which shall consist of –

(a) the Vice-President, who shall be chairman;

(b) the Minister responsible for internal affairs;

(c) the Inspector-General of Police;

(d) the Attorney-General or his representative;

(e) a lawyer nominated by the Ghana Bar Association;

(f) a representative of the Retired Senior Police Officers Association;

(g) two members of the Police Service, appointed by the President, acting in consultation with the Council of State, one of whom shall be of a junior rank; and

(h) two other members appointed by the President.’

These issues and many others have culminated into the endemic mistrust that the average citizen has for the Police Service.

This mistrust has germinated into hooliganism wrongly called vigilantism and clearly has emboldened criminals.

The remedy to our ailing Police Service stares at us. But who will relinquish these unending powers, giving to him or her by a legitimate constitution to make a critical institution like the Police Service independent and well-equipped?

DISCLAIMER: The Views, Comments, Opinions, Contributions and Statements made by Readers and Contributors on this platform do not necessarily represent the views or policy of Multimedia Group Limited.
Tags:
Constitution
Emile Short Commission