Blast from the Past: When columnist called judge a liar - MyJoyOnline.com

Blast from the Past: When columnist called judge a liar 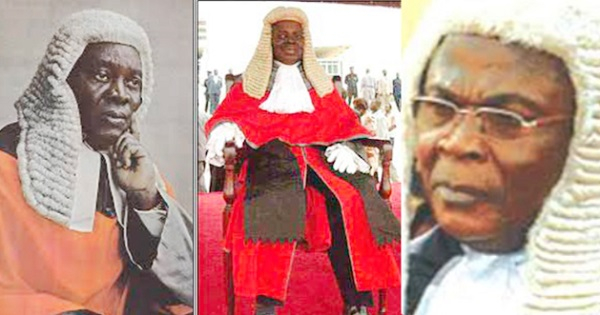 There are two key characters in this riveting tale; Supreme Court Justice Isaac Kobina Abban and columnist Kwabena Mensah Bonsu. It is the latter who boldly wrote an article in the “The Free Press” titled “Justice Abban is a Liar”. This was after Justice Abban had delivered a decision in the case New Patriotic Party v Attorney-General (subsequently reported in [1993-94] 2 GLR 35, SC).

Mr. Mensah Bonsu through the Deputy Judicial Secretary obtained a copy of the judgment (delivered by Justice Abban—a member of the panel. He later wrote to Justice Abban that a statement praising the coup d’etat of 24 February 1966 which had been published in the Daily Graphic newspaper of 24 February 1970 and which the justice had attributed to Dr. K A Busia at page 28 of his judgment was in fact the editorial opinion—”Graphic View”—of the newspaper and called on the justice to offer an explanation for the mistake.

He attached a photocopy of the publication to his letter. He copied that letter to the Chief Justice and then published a copy in his column in the Free Press of 13 May 1994. An article in that issue of the Free Press entitled “Justice Abban is a Liar” accused the justice of displaying political chicanery and bamboozlement of Ghanaians by his conduct.

The registrar of the Supreme Court on the directions of the Chief Justice wrote to Mr. Mensah Bonsu and informed him that from the certified true copy of the judgment of Justice Abban the justice had at page 28 attributed the statement in question to the “Graphic View” and he enclosed a copy of the page in the letter.

The Free Press would not accept this and on May 20, 1994 published an article titled “Judicial Chicanery”. It alleged that by his conduct Justice Abban had indulged in “judicial chicanery,” “plain falsehood”, and had used the bench for “politics of undisguised partisan nature” and “done violence to the truth.”

In his reply to the Registrar of the Supreme Court, Mensah Bonsu alleged that Justice Abban had altered the text of what he had read in court to meet his criticism.

The paper responded to Justice Abban on May 27, 1994. It stood by Mensah Bonsu rendered an unqualified apology to the justice if the commission found that the allegation was groundless. In an editorial, however, the paper expressed surprise that Justice Abban had not admitted his error.

Justice Abban withdrew his complaint from the Media Commission then lodged a complaint against the three respondents with the police. After the police had taken statements from them, the Attorney-General brought a motion for an order to attach the first and second respondents for contempt of court and for the third respondent to pay a heavy fine and the costs of the proceedings on the ground that the publications in the Free Press constituted a gross contempt of court in so far as they were calculated to erode public confidence in the administration of the law and impair the authority of the judiciary as an independent organ of state; were a baseless attack on the integrity or impartiality of the courts and judges and had scandalised both Justice Abban and the Supreme Court.

Martin Amidu the current Special Prosecutor who was a Deputy Attorney-General appeared with Mrs Adusa Amankwah a Chief State Attorney.

B J da Rocha (with him Brodie Mends and Zwennes) represented Mensah Bonsu. Current President Akufo-Addo appeared with Akoto Ampaw and Yonni Kulendi) for the second and third respondents

In their opposition to the motion, the respondents contended, inter alia, that the publications had not scandalised the court because they were (i)published of Justice Abban in his personal capacity; (ii) true in substance having regard to the conduct of Justice Abban; and (iii) published in good faith and without malice.