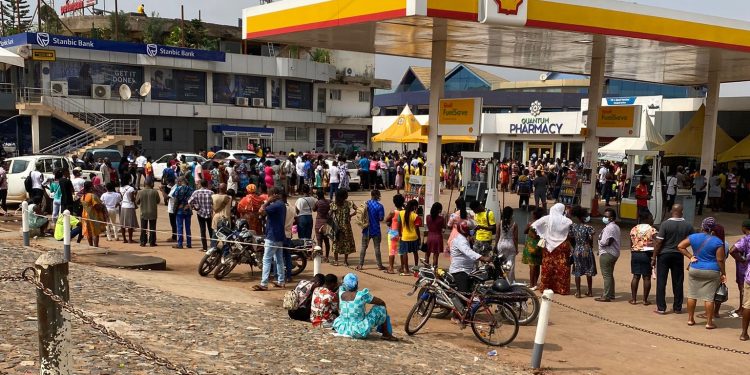 A policy analyst, Mr Selorm Branttie has asserted that blocking unregistered SIM cards after September 30, 2022 will amount to toying with the government’s digitalisation agenda.

According to him, it will also thwart government’s effort at achieving the relevant Sustainable Development Goals (SDGs).

In 2021, the Ministry of Communication and Digitalisation, through the National Communications Authority (NCA) requested all mobile telephony subscribers to re-register their SIM cards. This directive came with a deadline. The only identification card required for the exercise is the Ghana Card. However, many subscribers do not have the card. This has resulted in many of them being unable to register their SIMs. Many stakeholders therefore called for extension of the deadline.

It would be recalled that, speaking at a press briefing on Sunday July 31, the Communications and Digitalisation Minister, extended the deadline for SIM card re-registration from July 31, to September 30, 2022 “reluctantly”.

“Upon consultation with the industry and in view of the challenges enumerated above, I have very reluctantly decided to grant a conditional extension. The programme will be extended to 30th September to end on the anniversary of its commencement,” she announced.

This was followed by the blockage of SIM cards that had not been re-registered as at September 5 by the National Communication Authority (NCA).

In relation to this, Mrs. Owusu-Ekuful on September 7, wrote in a Facebook post that, “At a subsequent press conference in September, the full scope of the sanctions will be revealed. If you suffer that fate as a result of your own inaction, kindly do not blame your service provider. To be forewarned is to be forearmed”.

However, Mr. Branttie’s concern is that going by the fact the many subscribers still do not have the Ghana Card it will imprudent to enforce the September 30 deadline.

He opined that the consequences will be chaotic if the Minister sticks to her guns. He therefore dared Mrs. Owusu-Ekuful to block unregistered SIM cards as she has threatened.

“And I double dare the Minister to go by her own words and see the kind of chaos that will happen in this country. I am saying chaos because you are talking about flirting with the fortunes of the service sector which contributes more than 45% of our GDP,” the policy analyst stated.

DISCLAIMER: The Views, Comments, Opinions, Contributions and Statements made by Readers and Contributors on this platform do not necessarily represent the views or policy of Multimedia Group Limited.
Tags:
Ministry of Communications and Digitalisation
Selorm Branttie
sim re-registration