A second cinema chain has pulled the gang-themed film Blue Story after seven police officers were injured during a brawl at a screening.

Police were called to reports of youths with machetes at the Star City multiplex in Birmingham on Saturday.

Five teenagers, including a 13-year-old girl, were arrested – with Vue cinemas banning the film from its 91 outlets in the UK and Ireland in response.

Showcase has also dropped the movie from cinemas where it was screening.

After the film was pulled, its writer and director, Andrew Onwubolu, said the disturbance was “truly unfortunate” and hoped it was not an “indictment” of the film.

The rapper-turned-filmmaker took to Instagram on Sunday afternoon and wrote: “Sending love to all those involved in yesterday’s violence at Star City in Birmingham.

“It’s truly unfortunate that a small group of people can ruin things for everybody. Blue Story is a film about love, not violence.

“I hope that the blame is placed with the individuals and not an indictment of the film itself.

“I pray that we can all learn to live with love and treat each other with tolerance and respect.” 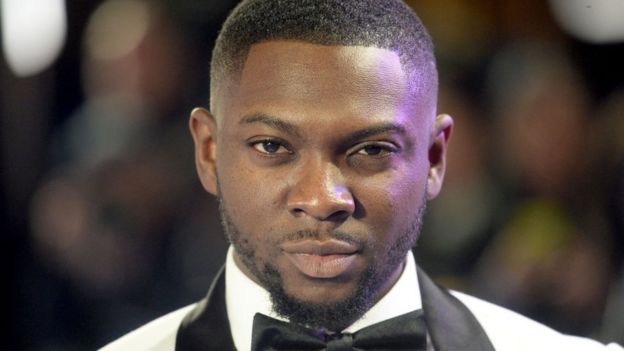 West Midlands Police officers drew Tasers and used a dispersal order to clear about 100 youths from the venue.

Footage from inside the multiplex appeared to show fights and people on the floor screaming.

All five were arrested on suspicion of violent disorder and later released on bail with conditions which ban them leaving home at night and ban them from Star City and any cinema in the UK, police said.

A 14-year-old boy had also been arrested on suspicion of violent disorder after an image circulated on social media showing a number of youths, with one carrying a machete.

Announcing it was following Vue in cancelling all screenings, Showcase said: “Due to the recent incidents tied to screenings of the film Blue Story, after careful consideration with the film’s distributor, Showcase Cinemas has immediately removed the film from all of our participating cinemas.

“Any guests that have purchased tickets in advance can receive a full refund at the cinema box office. We remain in discussions with the distributor with regards to the possibility of re-introducing the film in due course.

“We apologise for any inconvenience but guest safety remains our top priority.”

Despite the reaction of cinema chains, BBC Films, which developed and co-financed the film, said it was an “outstanding, critically acclaimed debut feature which powerfully depicts the futility of gang violence”.

It added: “It’s an important film from one of the UK’s most exciting new filmmakers which we’re proud to be part of.”

Distributor Paramount Pictures said it was “saddened” by events at Star City but claimed the movie has had an “incredibly positive reaction and fantastic reviews”.

Blue Story, which was developed from a YouTube mini-series by Mr Onwubolu, focuses on two friends from different south London postcodes, on rival sides of a street war. 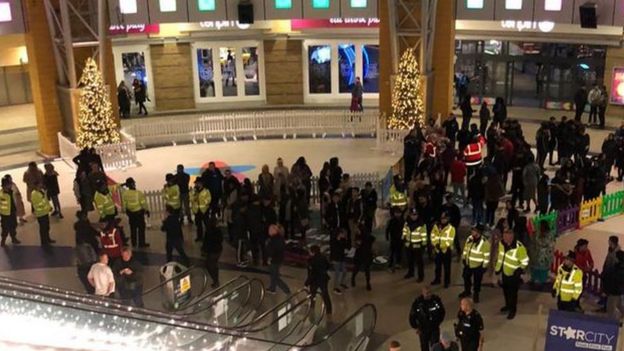 West Midlands Police said it did not ask for or recommend the film be pulled following Saturday’s violence.

Ch Supt Steve Graham said: “I understand there is a lot of speculation on social media and people are citing that film.

“At this stage, we are not jumping to any conclusions. That will form part of our investigations as it carries on.”

Police were called to the complex, in Nechells, at about 17:30 GMT and cleared the area by 21:00. The officers hurt during the disorder suffered minor facial injuries.

Supt Ian Green said: “This was a major outbreak of trouble which left families who were just trying to enjoy a night out at the cinema understandably frightened.

“We worked quickly to move the crowds on but were met with a very hostile response and officers had to draw Tasers to restore order.

“It’s clear that some of those who went to Star City last night were intent on causing trouble.”