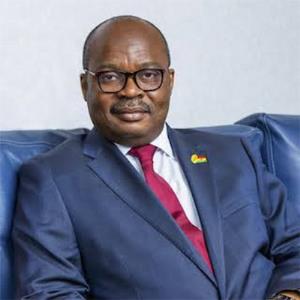 The Monetary Policy Committee of Bank of Ghana has cut its key lending rate to commercial Banks by 100 basis points to 13.50%, the first time Since November 2019.

According to the Governor of the Bank of Ghana, Dr. Ernest Addison, the move was influenced by a pick-up in economic activities and recovery towards pre-pandemic levels.

The move is expected to impact on the cost of credit in the next two months and stimulate economic growth.

“Headline inflation eased sharply to within the medium-term target band, driven mainly by lower food prices and base drift effects, a tight monetary policy stance and stable exchange rate conditions. Since the initial shock to inflation in April 2020, the forecast showed that inflation will be close to the central target by June 2021. These forecasts remain broadly unchanged and inflation would remain within the target band in the next quarter”, the Governor said.

He further said “risks to the inflation outlook appear muted in the near-term, but pressures from mostly rents and transport fares, would require some monitoring to anchor inflation expectations.”

However, “under these circumstances, the Committee decided to lower the Monetary Policy Rate by 100 basis points to 13.5 percent”, he pointed out.

But Dr. Addison said the committee will continue to monitor price developments closely and take appropriate action, where necessary, to contain all potential pressures to the inflation outlook.

On growth outlook, Dr. Addison said the MPC’s view was that projected growth in the extractive industries, steady rollout of the vaccination programme and recovery in industry and the services sectors should work their way in supporting a faster closure of the output gap in the medium-term.

According to him, continued policy support and increased optimism about the COVID-19 vaccinations has significantly improved the outlook, and resulted in upward revisions of global growth projections. However, the lack of certainty about further waves of the pandemic with new variants and vaccination challenges, varying degrees of economic scarring and output losses, and limited fiscal space in emerging market economies among others, may slow the global recovery process, he added.

The Governor said there are signs that the execution of the budget for the first four months point to some improved revenue collections and expenditure containment to ensure real re-alignment to the consolidation path.

The fiscal data therefore shows that fiscal revenues have significantly outpaced developments a year ago but slightly lags behind target. The gap in revenue performance viz-a-viz the budgeted target has been somewhat compensated for by expenditure containment measures.

However, in the near-term the MPC noted risks in the fiscal outlook surrounding wage settlements, energy IPP payments, the potential for arrears build-up, potential for scaled-up expenditures associated with COVID-19 waves and mass vaccination efforts, as well as the implementation of the Ghana CARES programme, which would have to be carefully managed in a time consistent manner to minimize any deviation from the path of fiscal consolidation.