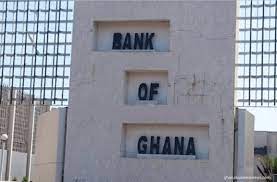 The Finance Minister, Ken Ofori-Atta has assured that the Bank of Ghana (BoG) is leading interventions to contain the depreciation of the cedi.

Speaking on the floor of Parliament on Wednesday, he said that the Finance Ministry is also “complementing this effort through its fiscal consolidation measures and real sector interventions.”

According to him, the implementation of the 30% cut in expenditures, as well as other Cabinet-approved expenditure measures, are all helping to reduce the fiscal deficit.

He, therefore, stated that the cut in expenditure has reduced “pressures on the exchange rate.”

This is in response to a question posed by the Bongo MP, Mr. Edward Abambire Bawa on what the Finance Ministry is doing to slow down the depreciation of the cedi.

According to the Central Bank’s March 2022 Summary of Economic and Financial Data, the local currency lost 0.3% and 9% in value to the American currency in January 2022 and February 2022 respectively.

The Finance Minister pointed out that measures have been implemented to address the cedi’s depreciation.

“Government is undertaking real sector interventions including the Ghana CARES programme, to support imports substitution of products such as poultry, rice, etc thereby reducing foreign exchange pressures from the imports of those products.”

Mr Ofori-Atta stated that the government is “arranging to raise about US$1.0 billion to support the 2022 Budget and foreign exchange reserves. This forex inflow is expected to improve supply of the foreign currency and the stability of the local currency.”

“Mr. Speaker, last Thursday, 16th June 2022, I laid before you the Syndicated Term-loan and we are respectfully requesting this august House to expedite action in approving it. This will be a key intervention to contain the depreciation of the Cedi,” he said.

Meanwhile,  a Private Legal Practitioner and Law Lecturer, Dr. John Baiden has urged the Office of the Attorney-General to prosecute top officials of the Bank of Ghana for the current state of the cedi.

“Our laws expect the BoG to protect and preserve our wealth that we have stored in the cedi. Money is said to be a store of value and thus value must be stable at all times”, portions of Dr. Baiden’s petition sighted by JoyNews reads.

Dr. Baiden in his petition stated that the Central Bank has since 1992 failed to live up to its constitutional mandate of ensuring a stable currency.