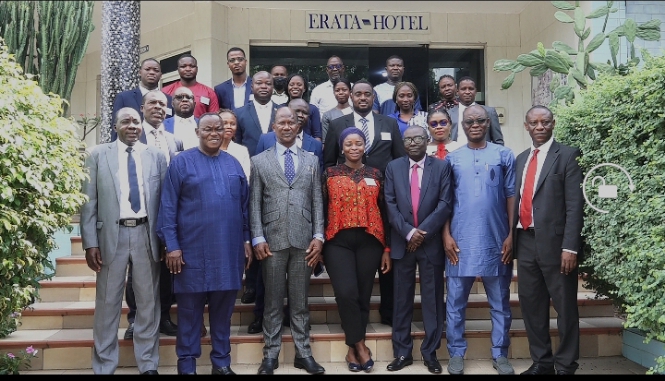 The Bank of Ghana (BoG) has pledged its commitment to the speedy implementation of the African Continental Free Trade Agreement.

According to the Central Bank, the Russia-Ukraine conflict has had a major impact on the smooth take-off of the Agreement thereby impeding trade facilitation among member countries.

Speaking at the opening of the West African Institute of Economic Management (WAIFEM) in Accra, Director of Governance Department at the Bank of Ghana, Eric Koranteng, is optimistic there will soon be a major boost of trading on the continent.

“You know AfCFTA has been on the drawing board for some time now. We want to see movement. We expect AfCFTA, to emancipate the African continent one way or the other.”

“But here we are, we are all victims of the Russia-Ukraine etc. I think if we are able to boost trade among ourselves, I mean we will be in a position to get over some of these issues and also see to our own development instead of always trying to depend on international institutions.”

He further said that the Central Bank is keen on seeing to a take-off of AfCFTA, adding “I think very soon we are going to see that”.

WAIFEM workshop brought together, stakeholders within the West Africa sub-region to deliberate on how to facilitate trade under the AFCFTA.

DISCLAIMER: The Views, Comments, Opinions, Contributions and Statements made by Readers and Contributors on this platform do not necessarily represent the views or policy of Multimedia Group Limited.
Tags:
AfCFTA
BoG
WAIFEM