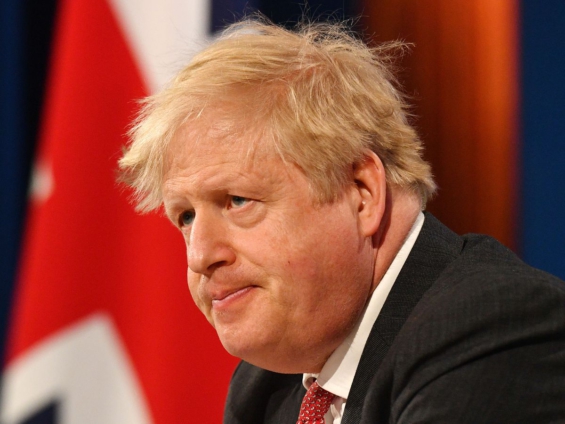 Tory MPs are jockeying for position in the race to succeed Boris Johnson after the prime minister quit as Tory leader following a dramatic cabinet mutiny.

Mr Johnson plans to stay on as PM until a replacement is found by the autumn.

Many Tory and opposition politicians want him to leave now – but he has already filled cabinet jobs.

New Education Secretary James Cleverly said he did not agree with calls for Mr Johnson to stand down immediately, saying there was no need for a caretaker prime minister.

But some Tories are deeply unhappy that Mr Johnson is not quitting immediately, with the former Prime Minister Sir John Major saying it would be “unwise” for him to stay until a replacement is chosen.

The Labour Party has also threatened to try and unseat the PM immediately through a vote of no confidence, although this would need considerable support among Conservatives to succeed.

Labour’s Deputy Leader Angela Rayner told the BBC “the fact he’s trying to cling on for the next couple of months is completely unacceptable”.

Mr Johnson resigned on Thursday, following two days of desperate attempts to cling onto power amid a flood of resignations.

Nearly 60 Conservative MPs have quit government roles in recent days at both senior and junior levels, raising doubts about the government’s ability to function.

Speaking to his newly appointed cabinet on Thursday, Mr Johnson promised he would not use his remaining time in No 10 to make “major changes of direction”.

A timetable for the Tory leadership race is due to be confirmed next week and the new prime minister is expected to be in position by September.

But unofficially, the contest is already under way. The chair of the foreign affairs committee, Mr Tugendhat, launched his leadership bid by writing in the Daily Telegraph on Friday, promising tax cuts and “new energy and ideas” for government.

“I have served before – in the military, and now in Parliament. Now I hope to answer the call once again as prime minister,” said the former soldier, who has been a prominent critic of Mr Johnson.

Attorney-General Ms Braverman has already confirmed she will stand, while former Brexit minister Mr Baker said he was “seriously” considering running after being asked by people to do so.

Sajid Javid, the former health secretary, and Transport Secretary Grant Shapps – who both revolted against Mr Johnson – are also considering putting their hats into the ring, the BBC has been told.

More declarations are expected in the coming days – but some senior Tories have already said they will not be running, including former Levelling Up Secretary Michael Gove, Deputy Prime Minister Dominic Raab and former Health Secretary Matt Hancock.

Brexit minister Jacob Rees-Mogg criticised Mr Sunak on Thursday, saying he was “not a successful chancellor” and “not alert to the inflationary problem”.

Speaking on Channel 4 News, the Johnson loyalist said the PM had been an “exceptionally good leader” who had been brought down by some “relatively minor missteps that got taken out of all proportion”.

Transport minister Robert Courts said Mr Shapps, who he works alongside, would be a “great choice” and also suggested Ben Wallace, the defence secretary.

Any candidate for the leadership race would need to secure the backing of Tory MPs, with the final two candidates then going to a ballot of Conservative members.

Tories sources have told the BBC the contenders are likely to be whittled down to two by the end of July, with a leadership contest over the summer.

There could be a new Tory leader in place by the start of September, in time for the party’s annual conference a month later.