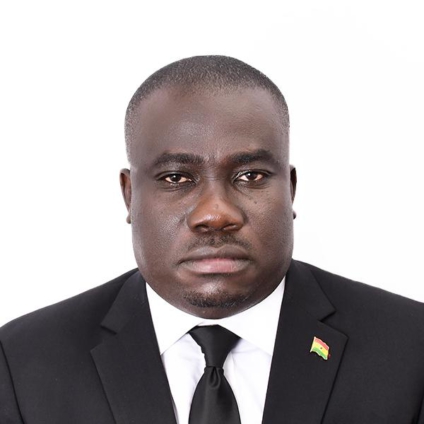 The Member of Parliament for Dormaa East, Paul Apraku Twum Barimah, has refuted claims of malfeasance against the Management of the Bulk Oil Storage and Transportation (BOST) by the ranking member of the Mines and Energy Committee, John Jinapor.

According to Mr. Twum Barimah, who is also a member of the Mines and Energy Committee, the statement put out by the Member of Parliament of Yapei Kusawgu, John Jinapor, that  the current Management of BOST had inflated the cost or price of the twin tower head office building being constructed are false.

He however explained that some procurement anomalies were discovered in the initial contract signed under the erstwhile administration (NDC) when the current government (NPP) assumed office.

He said the procurement process was not followed through by the then Management of the company under an act that led to value for money audit, and subsequently a forensic audit being conducted by the Economic and Organised Crime organization (EOCO).

Responding further to the allegations, Paul Twum Barimah noted that the $39 million submitted to the Public procurement Authority (PPA) for approval is the original contract sum as signed in 2015 in contravention of the procurement law.

He noted further that “to request for a variation of the terms, the normal procedure required that the original contract gets approved before the variation. In the year 2020, an independent contractor appointed by stakeholders valued the project at $49.6 million.  The Board and Management of BOST decided to purchase one block out of the two.  The contractor valued the single block to be procured at $23.5 million (VAT Exclusive).”

“A no objection was secured from the Ministry of Finance to proceed with sourcing funds to carry through the procurement of the single block. The ratification of the initial contract was secured on the 19th May, 2022. BOST is currently occupying a rented premises and in our view, securing the single block at the $23.5 million will help to do away with the burden of rising cost of rent in the current premises”, he said.

“The blocks are not the same in terms of the facilities they harbor. The one BOST is acquiring is customized to accommodate the staff of the company based on the corporate structure which existed at the time of the contract. The other block was intended to be rented out to raise further income for BOST. The two blocks per the valuer’s report in 2020 cost $49.6 million and the simplistic arithmetic of multiplying the original contract cost submitted to the PPA for ratification by two to claim the blocks cost $78 million is simply erroneous”, he further enumerated.

“These are the facts as pertaining to the BOST Head Office building which started in 2016 and is yet to be occupied by the company. It’s either John Jinapor got his information wrong or is trying to be mischievous, he should go and do his research well”, the Dormaa East MP concluded.