Boycott food vendors who don’t comply with the law – FDA 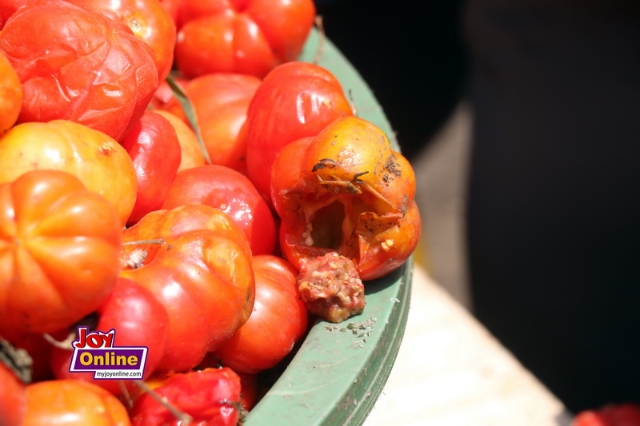 A Principal Regulatory Officer of the Food and Drugs Authority (FDA) has said consumers should boycott food vendors whose surroundings have been flagged by authorities as unwholesome.

Benjamin Osei-Tutu stated on JoyFM’s Super Morning Show that consumers don’t realise they have a lot of power when it comes to what they buy and from who they buy.

He said if people knew what to look out for when buying food products they have the power to decide whether they want to buy from them or not depending on what they see the food vendors doing.

He indicated that not all food vendors will comply when authorities tell them to do the right thing.

“Even though the authorities are monitoring the vendors, they can’t be in the marketplace all the time. You may get to some of the vendors but you’ll still have some who will want to do the wrong thing,” he said.

He, therefore, agrees that consumers should boycott such vendors in the market so that they conform to the law and sell food the right way.

Environmental Health Inspectors with the Joy Clean Ghana Campaign team recently found that a woman who sold fried ripe plantain and cooked beans popularly called ‘yoo ke gari’ at Jamestown used heat from a nearby toilet to ripen the plantains.

Her items were confiscated and sent to court for endangering public health.

On one of their rounds, the team found corn dough mixed with lime. They also uncovered unhygienic substances mixed with pepper, maize at Makola market.

Last week, the Inspectors forced traders at the Agbogbloshie Market to desilt and clean filthy gutters close to where foodstuffs were being sold.

Joy News’ Nancy Emefa Dzradosi reports that plantains and spinach (komtomire) were being sold close to the putrid gutters that were full of a mischief of huge rats.

Houseflies and other insects were hovering around fresh foodstuffs when the Joy Clean Ghana Campaign team arrived in the sprawling popular market in Accra.

Commenting on the developments, the FDA Regulatory Officer said, “food safety is our collective responsibility. Authorities, consumers, retailers and food vendors should all contribute to ensuring that food products are safe to consume.”

Benjamin Osei-Tutu urged consumers to look out for themselves when buying food from the market to safeguard their health from risks.

He also admitted that retailers are supposed to make sure that the food products they are selling is safe for customers to consume.

To be sure that people are aware of the risks that come as a result of food vendors mismanaging their produce in the market, he educated listeners on what customers can look out for.

“One of the easiest ways to buy food and identify that it is safe is to look out for the personal hygiene, of the person who is selling the product,” he said.

Highlighting that all food products are supposed to be kept at particular temperatures, he stated for example that “if you take frozen food items, in the market you see frozen chicken being displayed in a glass transparent case, it tells you that the contamination level will be high because the microorganisms would not be controlled in the required temperature and will therefore multiply.”

The Principal Regulatory Officer added that cooked food is supposed to be sold hot, therefore, “if you buy waakye and it’s cold, you should know you are putting yourself at risk.”

He revealed that the FDA is currently reforming regulations that will require food vendors to have a permit before they can sell.