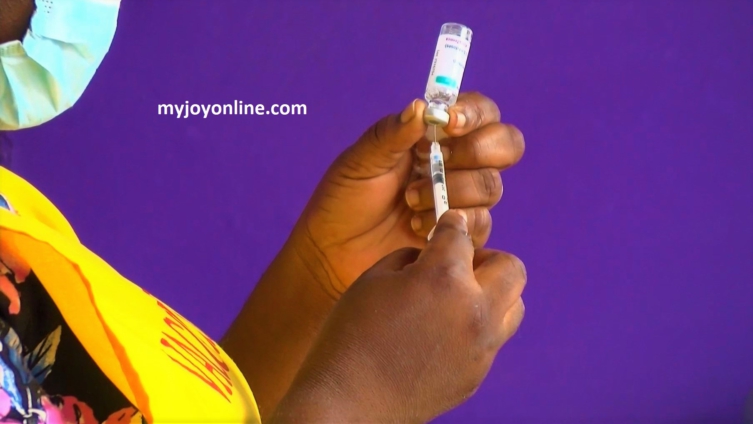 Health authorities in Ashanti region are alarmed at the spate of public misinformation and myths about the Covid-19 vaccine.

Among the misconceptions is a video in circulation which gives the impression that bodies of persons vaccinated in the ongoing exercise have become electro-magnetic.

Deputy Health Director in charge of Public Health, Dr. Michael Rockson Agyei, fears the myth, if not addressed, could breed vaccine hesitancy among the populace and erode gains made in the fight against Covid-19.

“We received complaints through the media, of some persons becoming electro-magnetic following Covid-19 vaccination. We became very much alarmed.

We see it as a major threat now that we are getting a lot of vaccines.”

In the viral social media video, a man who claims to be a Police officer, alleges that his mobile phone gets stuck to the vaccinated spot.

The source of the video is unknown and the voice over does not give information about the type of vaccine used to inoculate him.

The Ashanti Regional Health Directorate says it is concerned about this misinformation and several others in circulation.

The directorate has launched investigations into this claim and several others in the public domain.

The Deputy Health Director in charge of Public Health, Dr. Rockson Michael Adjei said, “when you have people, like a policeman going to social media to abuse the minds of the public, then you should treat it serious.

That explains why as a directorate, we have taken the matter as serious and doing everything to increase public education on the safety of the vaccines. The vaccines are safe for human consumption.”

Dr. Rockson Michael Adjei noted that, “we got individuals who have taken the vaccine at vaccination points and then got them to attach their phones to the upper arm of their bodies. Some of them, the phone stuck momentarily and then fell off. Others it didn’t.

We also made these people wash the site of vaccination with water to remove any creams or oils that may be on the skin and also clean the surface of the phone with alcohol tissue to remove any oil on it and when they attach it, it didn’t. So we concluded that the sebum or that oil on the skin has a sticky property, that is, wax and oil mixed so that if you have sebum on your skin and you attach any material like even plastic, will attach; a key will attach.”

JoyNews visited some vaccination centers, including the Kumasi Metro Clinic to test the claim on newly vaccinated people.

One of the respondents in the demonstration is Simon Kyei who had just received second jab of the AstraZeneca vaccine at the Kumasi Metro Clinic.

“There is no magnetic in the vaccine. The phone didn’t stick to my body when it was demonstrated. Neither the phone nor key will stick.

The vaccine is safe so I encourage people to come for their jabs,” he said.

Another man, a traditional leader, Kwabena Boateng has the same response after taking the vaccine at the same facility.

“My body didn’t react to the phone and key. They all fell down.

I encourage those who are yet to have the vaccines to do so because they are safe.”

The Regional Health Directorate will not lodge a complaint with the Ghana Police Service against the said officer for disciplinary action.

But it wants the Police administration to take interest in persons who spread false information about the Covid-19 vaccine.

“Anti-vaccine people will always have an aim. We wouldn’t want to take an action now. The Police are aware. They can take action without us making formal complaints now.” Dr. Adjei told JoyNews.