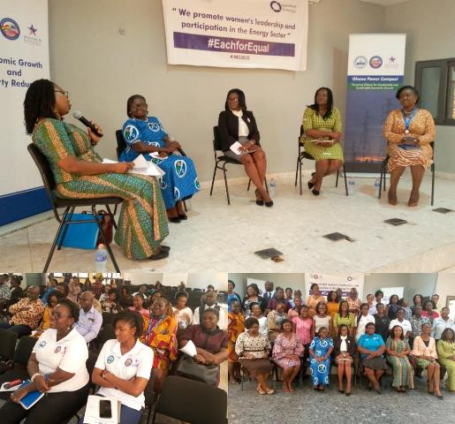 The Director of Human Resources, Volta River Authority (VRA), Dr Stella Agyenim-Boateng, has said bridging the gender inequality gap at work places does not mean lowering the standards or criteria of selection for women to qualify.

Employing a woman on flexible criteria as compared to men, she said, was a psychological exercise that could make such a woman feel she did not deserve the opportunity or position, but was only favoured.

The most important thing, she believed, was for women to build their confidence and equip themselves with skills and knowledge so that they could also strive hard to attain a position they contended for with men.

She made the comment at a workshop organised on Tuesday in Accra by the Millennium Development Authority (MiDA) for women in the energy sector and educational institutions to commemorate the 2020 International Women’s Day on the theme, “Increasing Women’s Leadership and Participation in the Energy Sector” and the global theme, “EachforEqual”.

Dr Agyenim-Boateng said many women were not getting to the top within the world of work in Africa because of culture and socialisation.

“Society has been brought up in such a way that women feel that when they just secure a job, it is enough. Therefore, if any woman tries to accomplish bigger ambitions, then society looks at them in a weird manner,” she said.

She encouraged women who had excelled and were striving to attain bigger positions and leave better legacies to mentor young women to bring out their best and attain greater positive heights in life.

Mrs Judith Oppong-Tawiah, the Head of Human Resources and Administration, Energy Commission, speaking about disparities within the educational sector, said it was unfortunate how society and culture had made it look like science related courses and careers were for men, while arts were for women.

She said that extremely discouraged many girls from taking up science-related courses or careers, as they were made to feel it was a difficult field for females, right from their infancy.

She called for that act of discouragement and misinformation to be put to a halt to bridge the inequality gap in the educational system.