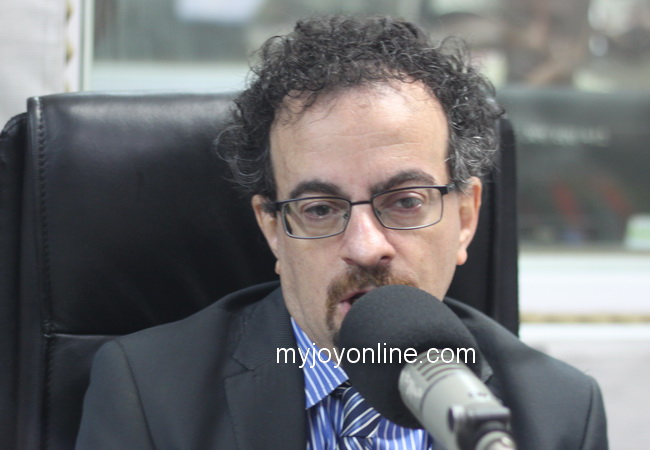 The United Kingdom High Commissioner to Ghana has justified the decision of the Commission to revoke all visas for political activists who cause violence and give hate speeches as Ghana heads to the polls in 19 days.

In an interview with Joy News' Beatrice Adu after the launch of the third edition of the manual on election adjudication in Ghana, Jon Benjamin urged the media to report such politicians for them to face the full rigours of the law.

The Commissioner added its voice in condemning the recent political violence at the residence of the New Patriotic Party (NPP) presidential candidate's residence in Accra.

In a statement released Monday, it called on Ghana's political actors to promote peace and to respects the electoral and constitutional processes.

"The UK reserves the right to take action against anyone engaging in or inciting political violence, including considering refusing or revoking visas.

"The UK is a great supporter of Ghana’s democracy and of maintaining its electoral record. We admire the open and energetic nature of its campaigns. We believe that violence has absolutely no place in the electoral process."

The statement also called on Ghana’s political actors to promote peace and to respect Ghana’s electoral and constitutional processes.

"There have been a few incidents and we hope it would be as a result of that the incident will be under control and there won't be any more," he told Joy News, adding the campaign has been very peaceful so far although there the political tension is evident.

Mr Benjamin said the British government is hopeful "cool head will prevail on all sides and the job of public security should be left to the police."