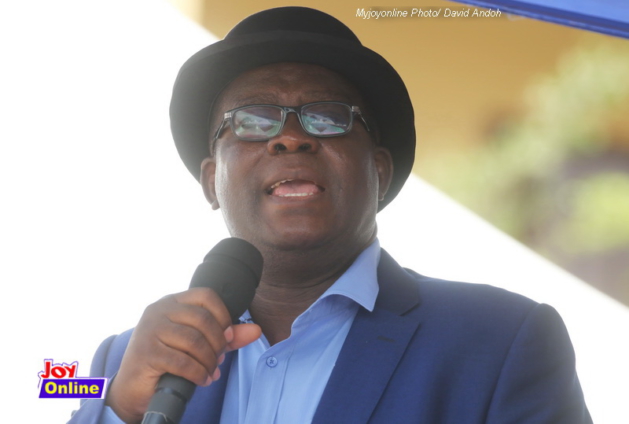 President of the National Association of Graduate Teachers, Angel Carbonu

The President of the National Association of Graduate Teachers (NAGRAT), Angel Carbonu has stated that the National Food Buffer Stock Company (NAFCO) was not meant to be distributing food to Senior High Schools.

Speaking in an interview on JoyNews’ Top Story on Monday, he said although the Company was formed by the government to carry out distribution roles, Senior High Schools were not part of its target.

“Buffer stock is just an institution that government has put there to do distribution. The job of buffer stock and the way it was established was not meant to distribute food to Senior High Schools,” he said.

According to him, the additional task taken up by Buffer Stock is a ‘burden’ for the company.

His comment follows the shortage of foods in some Senior High Schools.

In view of this, the Ghana Buffer Stock Company is mobilising emergency supply of foods to be distributed to SHSs across the country after weeks of acute shortage and reports of expired foods being served to students sparking riots in Savelugu Senior High School in the Northern Region.

The rampaging students pelted stones at the roof of the dining hall amidst chants like “we will not eat.”

Meanwhile, Head of the Buffer Stock Company, Hanan Abdul Wahab on Tuesday admitted that the company is suffering from cash flow challenges with government heavily indebted to it.

According to him, the company is doing its best in the food distribution process.

He also assured that the Senior High Schools will not shut down as a result of food shortage.

The Company also confirmed to JoyNews that they received an amount of GHS130m last week which has enabled them to put a lot of trucks on the roads to deliver emergency supplies to schools across the country.

Commenting on the development, Mr Carbonu called for a re-look at the whole situation.

DISCLAIMER: The Views, Comments, Opinions, Contributions and Statements made by Readers and Contributors on this platform do not necessarily represent the views or policy of Multimedia Group Limited.
Tags:
Angel Carbonu
Buffer Stock Company