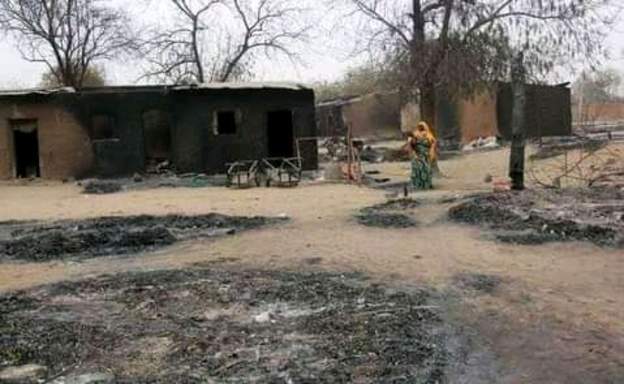 Homes were set ablaze in the gang raids

The Nigerian President has condemned a series of raids on villages in the central Plateau state, in which more than 150 people were killed.

Muhammadu Buhari described Sunday’s attackers as terrorist and offered his condolences to the families of the victims.

He said the perpetrators should get no mercy.

Gunmen on dozens of motorbikes rampaged through four villages in the Kanam area, shooting people dead and burning homes.

Most of the dead have been buried in mass graves as the search for more bodies continues in bushes near the villages.

Many of the victims were shot dead as they tried to escape.

The Nigerian government has faced mounting criticism for its failure to stop attacks by armed gangs who have been killing and kidnapping people for ransom in northern Nigeria.