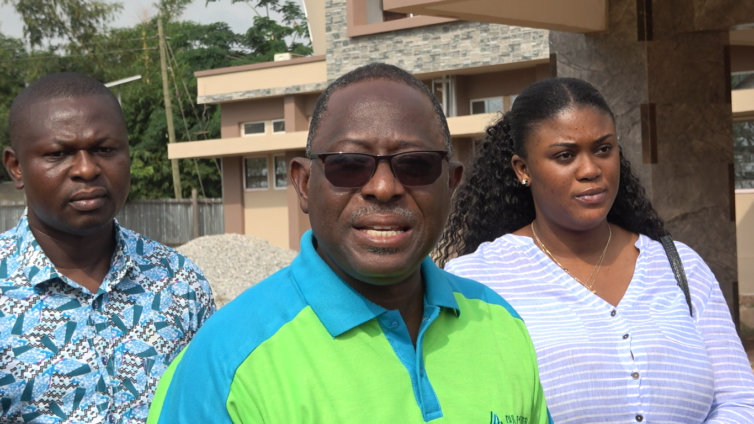 Bui Power Authority (BPA), in partnership with the University of Energy and Natural Resources (UENR) and the Kwame Nkrumah University of Science and Technology (KNUST), is coming out with a training model for engineering students on renewable energy.

The project is expected to enable students to better manage engineering and renewable energy facilities after school.

A proposal of about one million Euros has been received by the German Academic Development (DAD) Service to seek their support on the renewable energy capacity building project.

A team from DAD and the Technical University of Berlin have assessed facilities in Ghana, including the Regional Center for Renewable Energy and Environmental Sustainability, a World Bank project at UENR in Sunyani, and the Bui Generation Station, as the industrial site, ahead of a training model.

The Renewable Energy Director at BPA, Wisdom Ahiataku-Togobo, said the partnership, involving other stakeholders, would help build students’ capacity and practicalize acquired knowledge. He also said it would further boost students’ productivity when they join the labor force.

He said the business of BPA is to generate electricity from a renewable energy source and sell it to the national grid.

“We don’t use foreigners to run the plant for us. We use our locally trained engineers. This is why we think if we can build practical skills in them (engineering students), it will become easier,” he said.

Mr. Ahiataku-Togobo emphasized that the capacity building would mean they would not have to employ engineers before training them as “we would have already trained engineers who understand the field and would hit the ground running”.

He further noted that the proposal and the training model would also afford students, lecturers, and engineering staff from BPA the opportunity to visit Germany to experience the situation there.

He spoke at the assessment tour of the stakeholder facilities in Sunyani and Bui in the Bono Region.

Dean of the School of Energy, UENR, Prof Samuel Gyamfi, said besides exposing all renewable engineering students to the project as part of their education, they are also exploring how the students can create jobs in the renewable energy sector.

He said this is because there is a lot of business in renewable energy and energy efficiency that requires that the students are exposed to them to take advantage of.

“We also want to put in entrepreneurship and innovations so that when they graduate, they must not only look for employment but be able to employ themselves”, he said.

A member of the team from the Technical University of Berlin, Stefan Wolf, described BPA as an important partner that can channel the interest of industry in renewable energy into the curriculum approach, development and reviews because of what they are already doing.

He, however, emphasized the need to find local solutions to situations. “We can share our experiences with you, like how companies in Germany do it, and then you have to find your solutions. We are only inspiring you and not giving you solutions from Germany to copy”.

The Pro VC of UENR, Prof John K.M Kuwornu welcomed the project and said it would build their curriculum and ensure that its relevant to the industry and further increase the employability rate of their students.

The team from the Technical University of Berlin also had a closed-door meeting with the UENR Council, including the foundation Vice Chancellor, Prof Esi Awuah, for further discussions on the project.

DISCLAIMER: The Views, Comments, Opinions, Contributions and Statements made by Readers and Contributors on this platform do not necessarily represent the views or policy of Multimedia Group Limited.
Tags:
Bui Power Authority
KNUST
University of Energy and Natural Resources (UENR)