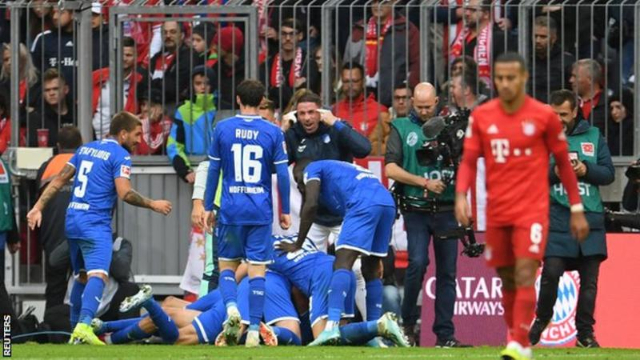 Bayern Munich suffered their first Bundesliga defeat of the season against Hoffenheim just four days after their 7-2 Champions League win at Tottenham.

Sargis Adamyan scored twice for Hoffenheim to secure their first ever win at Allianz Arena.

Robert Lewandowski had briefly levelled for champions Bayern with his 15th goal of the season.

Niko Kovac’s side stay top but now only on goal difference from Frieburg, RB Leipzig and Bayer Leverkusen.