Businessman sues mistress to recover $2m he willingly gave her

A Singapore-based businessman has attracted some unwanted media attention after it was reported that he sued his mistress in order to recover $2 million he allegedly loaned her. The problem is she says the money was a gift, so she doesn’t want to give it back.

Toh Eng Tiah, the 55-year-old owner of several recycling businesses, met 33-year-old property agent Angelina Jiang in November of 2016, and the two became romantically involved, even though Mr. Toh was married at the time.

Between December 2016 and March 2017, the Singaporean businessman allegedly paid Ms. Jiang around $1 million, of which at least $819,000 was used to pay her credit card bills and living expenses. Interestingly enough, in March of 2017, the two signed a loan agreement for $2 million, including the money already paid, as well as another $872,000.

The young property agent claims that the loan was only a ruse to trick Mr. Toh’s wife into thinking he was only loaning her money, but in fact, it was a gift. However, the businessman says the loan was real and he wants his money back.

“He needed the contract to show her that he did not love me more than her,” Angelina Jiang recently told Singapore’s High Court, adding that the document was also designed to discourage Toh’s wife from asking for company shares during their divorce. 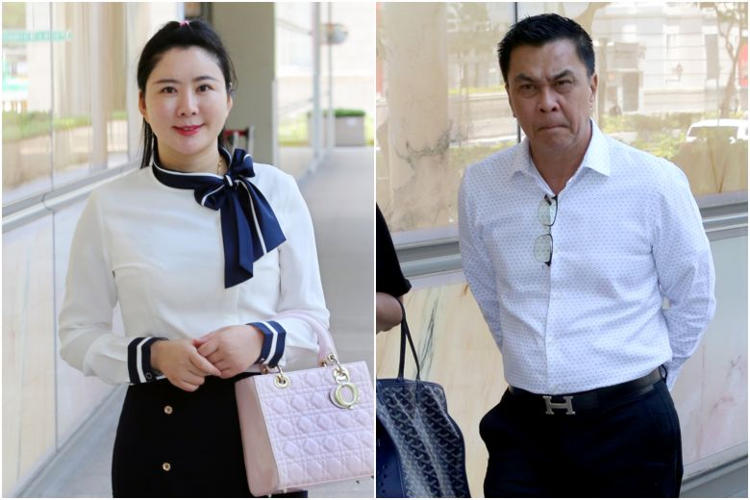 Mr. Toh’s lawyer disputed the claims in court, saying that it didn’t make sense for his client to go through all this trouble if he was already divorcing his wife, but Ms. Jiang disagreed, saying that Mr. Toh’s wife was already dissatisfied with the fact that she was only getting $3 million and a couple of properties after a 10-year-marriage, and the trick was meant to appease her. She added that her ex-lover promised not to enforce the contract or sue her for the money. Apparently, he lied.

Ms. Jiang’s lawyer also showed that the paired continued to exchange texts “of sexual nature” even after Toh Eng Tiah said he realized he had been duped by his mistress. In one message, the businessman called Jiang “the person who is the most truthful to me”, while in another he discussed investment opportunities with her and told her that the $2 million was a gift.

The very fact that Toh continued to exchange very friendly texts with Ms. Jiang is proof that he didn’t feel cheated, the woman’s lawyer claimed. Toh’s defender disputed the accusation, saying that his client continued to communicate with Jiang because she had promised to give him back the money earlier than agreed.

Interestingly, both parties want the loan contract to be declared null and void. However, Ms. Jiang only wants it done because it was only a ruse to trick Toh’s wife and the money actually belongs to her, while Toh Eng Tiah says the contract is invalid because he had signed it under Ms Jiang’s undue influence and the terms were unfair to him. The trial continues.