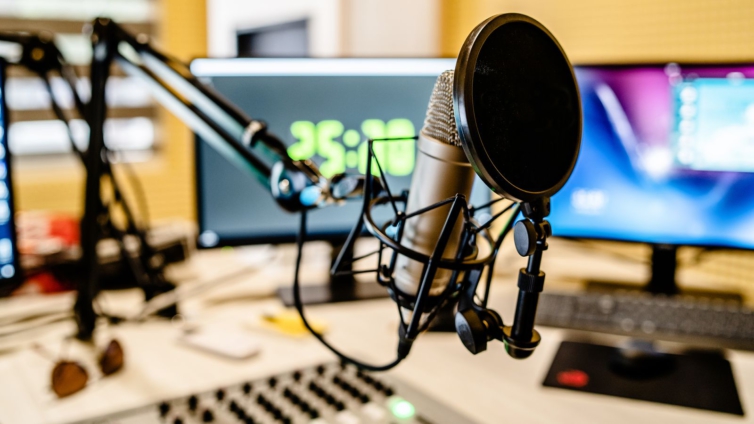 President of the Campus Broadcasting Association of Ghana (C-BAG), Dr. Abubakari Sidick Ahmed, and Manager of Radio Univers has stressed the need for government and institutions of higher learning through the National Council for Tertiary Education to develop a comprehensive policy framework that will lead to the growth of campus radio stations.

He says, effective collaboration between these two bodies will stimulate the transformation needed for the career development of top-class well trained, informed, articulate, and analytical broadcast journalists for the country and beyond.

Dr. Sidick made this call during the 25th-anniversary celebrations of Volta Premier FM (VPFM), of the Ho Technical University in the Volta Region on Friday where he was a guest speaker.

He believes that the digitalization drive championed by the Vice-President, Dr. Mahamudu Bawumia, is in sync with the desire of campus radio in Ghana to include digitized content in their broadcasting menu.

He added that the Ho Technical University could take the lead in putting together a teaching module that could enable them to provide varied technical skills development certification training for artisans in the Ho Municipality and beyond.

Such a trailblazing role could gradually be emulated by all technical Universities.

Dr. Sidick touted the achievements of campus-based radio in shaping the broadcasting landscape in Ghana due to the role being played by its students across several commercial stations in the country.

“Campus radio was the first to introduce in-depth national discourse with instantaneous feedback from students, lecturers, experts, politicians, and the public on socio-political and economic stories and issues highlighted in the daily press”

“Campus radio (Radio Univers) pioneered the introduction of Newspaper Review in Ghana in 1993 just one year after the 1992 Constitution came into force. Campus radio was also the first to introduce local language programming on private independent broadcasting media. The replication of the Newspaper Review in local languages democratized expression and gave voice and power to the voiceless. This transformed entirely the broadcasting landscape, politics, and most importantly, service delivery, and policy formulation,” he said.

Dr. Ahmed, who is the Manager of Radio Univers 105.7 FM at the University of Ghana, says funding and financing of campus radio continue to be a challenge due to its not-for-profit character. So, the dilemma now is whether or not to go commercial.

“The dangers of commercialization, however, loom large for it will deprive many students from getting the opportunity to start building their career in broadcasting and other media-related areas and communications,” he said.

Although he acknowledged that some universities were making monetary allocations to these stations, Dr. Ahmed says that it was not enough to deal with the challenge.

“The main challenge of campus radio is funding and financing of infrastructure, equipment, logistics, and operations, especially programming. The sources of revenue for most campus stations are students’ annual contributions, community announcements, fundraising activities, and sponsorships by media-related organizations such as UNESCO and Deutsche Welle who provide training opportunities and in-house consultancies.”

“Some universities have found an administrative solution to channel some funds for the upkeep of the stations but it has not been easy at all. The dilemma is the decision as to whether to go commercial or remain institutional and continue to provide community and public services to our listeners. Products of campus radio are highly sorted for in the commercial broadcasting and television industry in the country,” he said.

Dr. Abubakari Sidick Ahmed urged campus radio to align their programming policy to that of the National Communication Authority’s licensing mandate, the constitutive act, and the strategic plan of their respective universities.

He argued that such a move was necessary as the “relevance of the University is judged by its contribution to society and not by just talking to itself and entrenching the myth of the Ivory tower.”

“They must set out to demystify the concept of the Ivory tower and actively engage in the communicative enterprise of public discourse,” Dr. Sidick added.

The Campus Broadcasting Association of Ghana C-BAG is the umbrella body under which all the 21 Campus radio stations in Ghana belong to.

The common theme that runs through the visions and objectives of these stations as captured by C-BAG is such that:

Some Campus radio in Ghana provides live teaching, education, and research programmes for on and off-campus distance learning education students for both registered and non-registered students within their catchment areas while some provide recorded lectures, seminars, and workshops, enhance intra-campus communication, debate, and broadcasting training opportunities to students while disseminating local and national news.

DISCLAIMER: The Views, Comments, Opinions, Contributions and Statements made by Readers and Contributors on this platform do not necessarily represent the views or policy of Multimedia Group Limited.
Tags:
C-BAG
Campus radio
Dr. Abubakari Sidick Ahmed
Radio Univers