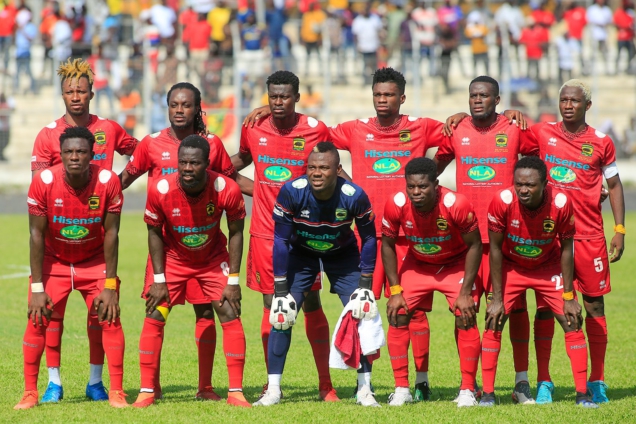 Ghana Premier League champions, Asante Kotoko, will go up against Burkina Faso’s Rail Club de Kadiogo in the preliminary round of this season’s CAF Champions League.

Rail Club de Kadiogo were winners of the Burkinabe league during the 2021/22 season, earning them a ticket to the Champions League.

The draw for the prelims of the competition was held on Tuesday, August 9 in Egypt.

The first leg of the fixture is scheduled for September 9-11, 2022, with the second leg taking place the following weekend.

The date for the first leg means Kotoko will not be in action on the opening weekend of the 2022/23 Ghana Premier League season, should the Ghana Football Association go with the date publicised.

The winner of this tie will face the winner of Botswana’s Gaborone United or DR Congo’s AS Vita Club in the next round.

The Porcupine Warriors have failed to reach the group stage of the Champions League since doing so in 2006.

Kotoko will officially begin their pre-season in Accra on Wednesday, August 10, before leaving for Turkey on Sunday to wrap up preparations for the upcoming season.