CAF CL: Hearts of Oak apologize to fans after humiliating defeat in Morocco 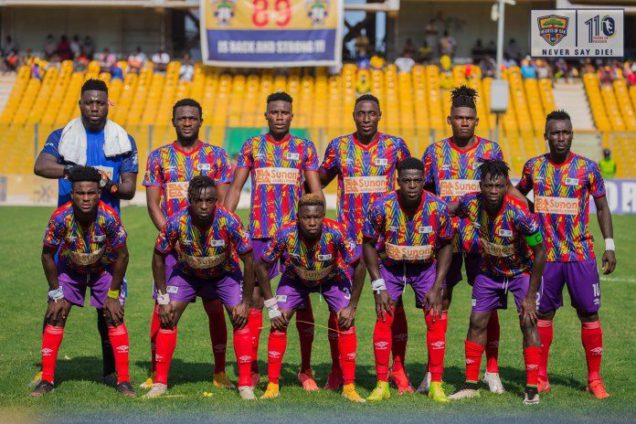 Following a heart-wrenching defeat suffered by Hearts of Oak at the hands of Wydad Athletic Club, the 2020/21 GPL champions have issued an apology to fans.

Hearts, who entered the second leg of the encounter with a slight advantage, were handed a humble beating, trailing by four goals after the first half.

In a game which saw Hearts concede twice from a set-piece and once from a penalty, the Hearts defense was all over the place – but not at the right place when needed.

In their press release, the club made mention of the inexperience of a majority of their players and technical staff, as a cause for the drubbing.

“We succumbed to a painful defeat in Morocco because we were nowhere close to our best on the night. we know that we are capable of a much better performance than what we showed in Morocco.

“But it was a great learning experience for our young players and technical team, majority of whom were experiencing their very first taste of continental football away from home,” the statement said.

Hearts also asked fans to stick by the club, promising to find inspiration from the humiliation, to do better in the CAF Confederation Cup.

“We have a chance to make amends in the confederation cup and this important lesson we have picked up in Morocco will inspire us to rise above our current disappointment.

“We apologize to our fans for not making the ultimate dream come true, but we believe this is the time that the team needs you,” the statement also read.