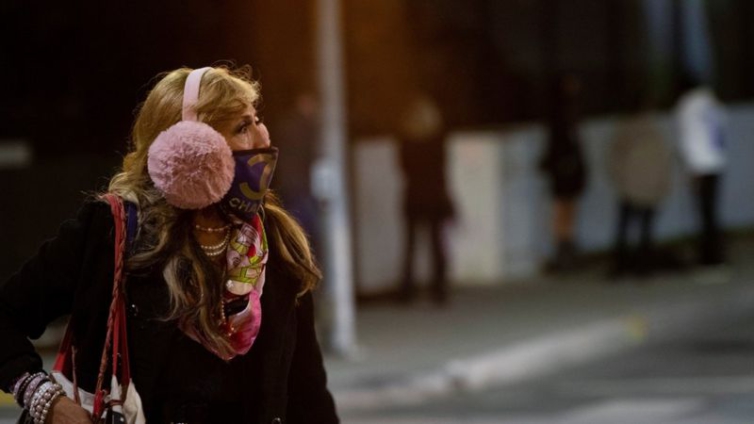 On Saturday night, Californians will be under stay-at-home orders after 22:00

California has begun a night-time curfew, in an attempt to curb a surge in coronavirus cases.

The western state’s latest figures are now worse than the previous peak in August, the Los Angeles Times reports.

Across the US, the daily death toll linked to Covid-19 has passed 2,000 for the first time since May.

The country has now more than 12 million confirmed infections, with more than 255,000 deaths, according to data compiled by Johns Hopkins University.

This is by far the highest death toll in the world.

About 187,000 new infections were recorded nationwide in the latest figures – released on Friday for the previous day – which is an all-time high.

Several states have imposed new mask mandates and restrictions to try to combat the rise, and in Texas the National Guard is being deployed to the city of El Paso to help with morgue operations there.

The Centers for Disease Control and Prevention (CDC) has also urged Americans to avoid travelling for the Thanksgiving holiday on 26 November to prevent increased transmissions.

Thanksgiving typically heralds the busiest week for travel in the US. Last year, an estimated 26 million people passed through the country’s airports in the week surrounding the holiday.

DISCLAIMER: The Views, Comments, Opinions, Contributions and Statements made by Readers and Contributors on this platform do not necessarily represent the views or policy of Multimedia Group Limited.
Tags:
California
Covid-19
Curfew