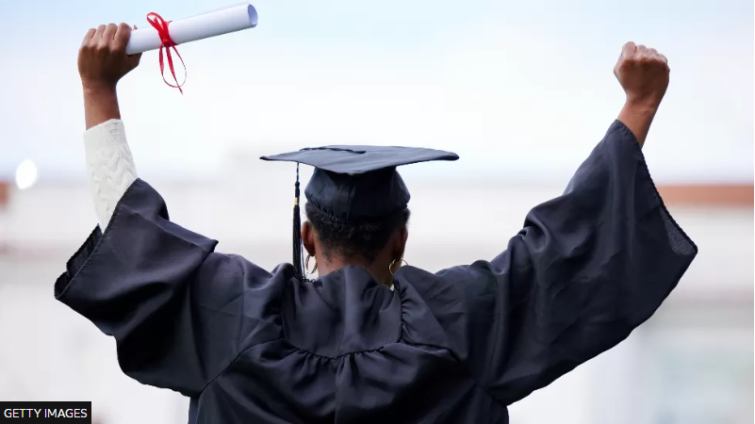 It is easy to classify the war in Cameroon’s English-speaking regions of North-West and South-West as a clash over language. What this conflict really embodies, however, is a battle for fairness and access.

When I accompanied my uncle and his daughter in 2016 to check her medical school entrance results, I knew she would not make it.

At the entrance of a campus in Bamenda – the main city in the North-West region – were hundreds of science students, who had all passed their A-Levels, scrambling to find their names on the notice board. Most of them had not made it.

Some were bemused, others cried, some laughed about it. Together, they were all sharing their first real experience of living as English-speaking Cameroonians.

The odds were stacked against my cousin – and against all English-speaking Cameroonian candidates – trying to get into a government-run medical school.

It was a stark example of their marginalisation by Cameroon’s French-speaking majority.

The medical school entrance paper my cousin sat was in English – with questions often poorly translated from French making some of them incomprehensible and marked by those who are not proficient in English. So very few English-speaking students are accepted.

It effectively bars many English speakers from attending state-run universities, where students receive subsidised tuition. It is also common to hear allegations of bribery, which is rife throughout Cameroon, with wealthy parents “buying” a place for their child.

We were just one of the many families going through disappointment in Cameroon’s Anglophone zone – and by November 2016 the demands for education, judicial and other reforms escalated into calls for a two-state federation. It later erupted into a secessionist war that has claimed tens of thousands of lives.

The prevailing system means there are fewer doctors from North-West and South-West Cameroon practising at home. Even for the Francophone doctors who speak English, it is hard for them to relate to a culture and environment they were not raised in.

Those I have met are dedicated to their work, but sometimes it takes more than desire to apply medicine. Medics at a hospital in the North-West region told me about a man who had surgery for testicular cancer and went home believing he was cured.

His French-speaking doctor could not get it across that he had to return for a follow-up. He only came back when he started feeling pain. The man died.

In rural areas, for example, not everyone can speak lingua francas like English or Pidgin.

I once interviewed a woman in my village for an article I was writing about cataracts. She only spoke Lamnso, with which I am familiar but not fluent, so I employed a translator to put us both at ease.

The fact that she did not consider me an outsider also allowed her to talk freely about her eye surgery and encourage others to try it.

Some health professionals believe the government’s push to improve issues in the medical field has borne fruit over the last six years.

There are now two functioning government-run medical schools in the two English-speaking regions – there was only one when my cousin applied – and an oversight committee to implement reforms. Students also report better translations of exam questions but nothing near professional standards.

Trainers say more is being done to improve the cultural awareness of doctors and they are seeing more English-speaking Cameroonians in their classrooms than they ever met when in medical school themselves.

While medicine may be slowly starting to improve, there is a lot more to achieve in public life.

Many Anglophones feel that French has been used as a language of intimidation from the earliest days of the union between French Cameroon and what was British-controlled territory.

And since the uprising began, many more French-speaking police officers have been sent to patrol the streets of Bamenda, where they constantly check IDs. They get angry if someone cannot speak French, demand money at roadblocks and sometimes force young women to share their phone numbers.

When I go around Bamenda with those fluent in administrative French, we have no bother with such harassment. I am in awe of the way their use of French gives me a pass in my hometown.

The challenge for Anglophones is that we simply cannot hide.

While studying biochemistry at the University of Yaoundé, I – like many English-speaking students – never bothered asking questions in class because of the abuse we got. Some Francophone students and even lecturers would hurl insults when they heard English or picked up the accent in our well-rehearsed French.

Thousands in state-run universities have to buy translated notes or pay for extra classes in English to compensate.

Our parents are often humiliated by French-speaking civil servants when they have to travel to Yaoundé to chase up their unpaid pensions, victims of bureaucracy that seems intent on cheating them.

Set texts for Anglophone schools, chosen by the government, are often poorly edited and written – leading to falling standards.

Yet it is ironic that in spite of the conflict prestigious private Anglophone schools have become sought-after by affluent Cameroonian parents who cannot speak a word of English themselves.

They understand that the best opportunities will eventually go to graduates immersed in both cultures, speaking flawless English and French.

A graduate who was raised speaking French at home while studying in English from nursery school is a formidable asset. They are the perfect fit for scholarships and international jobs in bodies like the UN.

Even during a war that was triggered by discrimination, they are the right fit for global organisations trying to wade through Cameroonian bureaucracy.

Some English-speakers see this influx as an opportunity for their children to learn French, but others are uneasy about the change.

With a focus on those who can pay fees upfront – and can extend generous donations – English-speakers are finding it more difficult to go to these schools.

Until the late 1990s some parents in English-speaking areas, like my mother, still paid fees in instalments or with food crops like beans, maize and vegetables. Their children got an education and the food was used to feed students.

The reality now is that the vast majority of children in the conflict-hit areas have gone from receiving a sub-standard education to little or no education at all.

Would-be students with too much time on their hands have turned to crime, scamming and the all-too-easy life that bitcoin trading promises. At a time when they should be at school, many teenage girls are raising babies from unplanned pregnancies and rape.

Back in 2016, after months of anguish, my uncle took out a huge loan and sent my cousin to Uganda to pursue her dream as she could not do it in her own country – and when she qualifies she may opt not to return home.

The war is now also driving many healthcare workers, teachers and students away, a trend that will have dire consequences for the region and the economy.

But what most in the English-speaking regions want – from those calling for federalism to those wanting secession – is to live in a country where their children will not have to start life with an insurmountable handicap.

DISCLAIMER: The Views, Comments, Opinions, Contributions and Statements made by Readers and Contributors on this platform do not necessarily represent the views or policy of Multimedia Group Limited.
Tags:
Cameroon