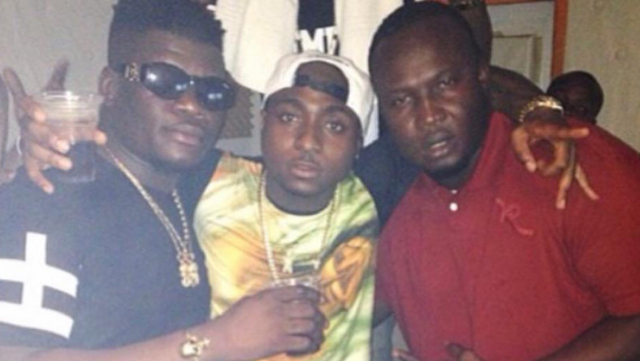 According to Kaywa, the song which was recorded years ago is one of the biggest hits he has ever produced.

However, the award-winning producer is contemplating when to release the song for fans of the missing artiste to enjoy.

“I remember vividly this day, one of the BIGGEST records I ever produced @castrounderfire and @davidoofficial ..Guys this Hit is still breathing on my machine …mixed and mastered when are we dropping it?” Kaywa wrote on Instagram.

Musician Castro went missing in July 2014 alongside his female companion, Janet Bandu, while jet skiing in the waters of Ada.

Castro was with some friends including footballer Asamoah Gyan, at the Peace Holiday Resort, a beach resort in Ada in Greater Accra, when the unfortunate incident occurred.

The Marine Division of the Ghana Police Service, after several days of search, said hopes of finding Castro and Janet alive, seemed to have been lost.

Although some of the artiste’s followers did lose hope in finding him, after nearly six years, other family and friends are still keeping their faith alive.

Castro, before his disappearance, had served his fans with many hits. However, the last song many fans remember him with is the hit song ‘Seihor’, D-Black’s music he was featured on.

I remember vividly this dayðŸ’¯…one of the BIGGEST records i ever producedðŸ”¥ðŸ”¥ …. @castrounderfire and @davidoofficial ..Guys this Hit is still breathing on my machine ðŸ–¥ …mixed and mastered when are we dropping it?ðŸ”¥

Many fans have flooded Kaywa’s Instagram page to show their support in keeping the Castro legacy alive.

One user supahero_80 wrote, “release it sharp.. perhaps he will come looking for his royalties.we are still waiting for him.”

“When Nipsey Hussle died, they didn’t stop his work #themarathoncontinuesðŸ but come to Africa. They will stop everything when a person dies thereby ending his legacy. @kaywabeatz you have to drop it. Like I said Castro’s music didn’t die in Tadi his music is still banging on radios etc,” another user Osikani Kwaku added.

DISCLAIMER: The Views, Comments, Opinions, Contributions and Statements made by Readers and Contributors on this platform do not necessarily represent the views or policy of Multimedia Group Limited.
Tags:
Castro
Davido
Kaywa