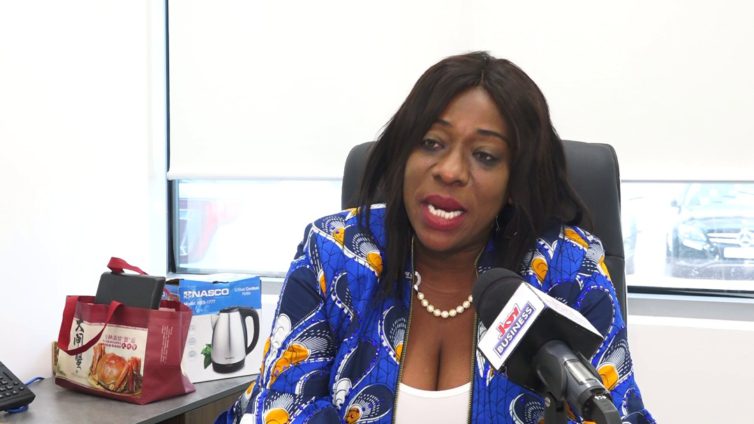 Former Minister of Tourism, Arts and Culture, Catherine Ablema Afeku, has been appointed to lead Strategic Communication of the National Coordination Office of the Africa Continental Free Trade Area.

Among her mandate for the next one year include ensuring that many Ghanaian entrepreneurs gain maximum knowledge on the biggest trade deal and also for the country to derive the necessary benefit.

The Ghana Coordination Office is part of government’s policy measures to bridge the trade information gap on the agreement.

Speaking to Joy Business after her first week in office, the former Member of Parliament for the Evalue-Ajomoro- Gwira Constituency in the Western Region said she’s confident her new role will help small scale businesses to have a better understanding of the free trade protocols, highlighting the opportunities that AfCFTA brings.

She told Joy Business that AfCFTA is the game changer for industrialisation in Africa and the growth of local SMEs.

“I see it as an opportunity because you remember how long it took us to fight for political freedom, it didn’t happen in 12 months and knowing that tariffs are source of revenue for countries and all of a sudden there’s a new phenomenon that will stop it. You should understand that it will not come by easily. These are things that don’t happen overnight”, she told Joy Business’s Ebenezer Sabutey in an interview.

Catherine Afeku, who was unsuccessful in her third time re-election bid, was also a Minister of State at the office of the Senior Minister during the first term of the President Akufo-Addo’s government after serving as the Minister of Tourism, Arts and Culture.

She first won the parliamentary seat for the NPP in 2008 in the Evalue-Ajomoro-Gwira Constituency, but lost it to the NDC in 2012. She however came back to win it in 2016.