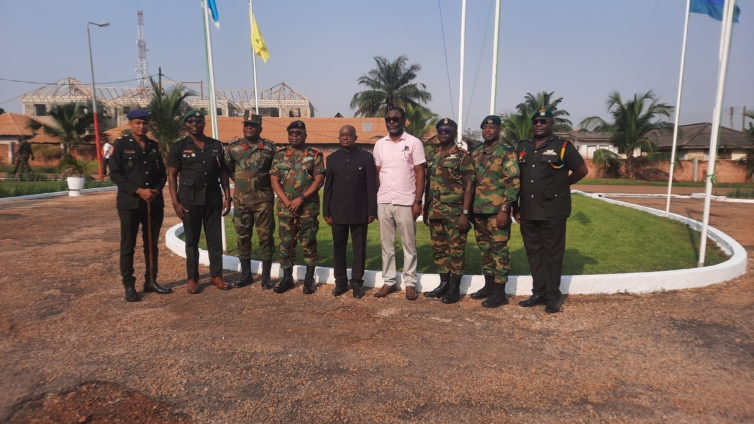 The Central Command of the Ghana Armed Forces has inaugurated a sachet water production factory to improve its internally generated funds.

It is the first of revenue generation activities by the command to complement budgetary allocation.

“My predecessors did well by starting a sachet water factory to assist revenue generation. Today, I have been able to complete the factory, providing the necessary equipment for production of water,” he said.

The command officers were joined by the Ashanti Regional Minister, Simon Osei Mensah, for the inauguration of the factory.

The factory will be producing under the brand name Spears Special Water, primarily for people within the environs of the barracks.

With a KIA truck purchased for operation, the command expects the product to reach other parts of the city.

Already, a coconut plantation has taken off within the barracks to augment internally generated funds.

Through development partners, some projects have been initiated to improve conditions at the military command.

“Through my initiative and support from staff officers, soldiers and philanthropists, I was able to start a twenty bedroom accommodation for troops which is currently at advanced stages of completion. When I took over, I realized that most of my troops were making deal with make shift structures infested with serpents, rodents and the like. I found this to be dehumanizing”.

Meanwhile, the Ashanti Regional Coordinating Council has pledged support for the military.

DISCLAIMER: The Views, Comments, Opinions, Contributions and Statements made by Readers and Contributors on this platform do not necessarily represent the views or policy of Multimedia Group Limited.
Tags:
Ghana Armed Forces (GAF)
Internally Generated Fund (IGF)