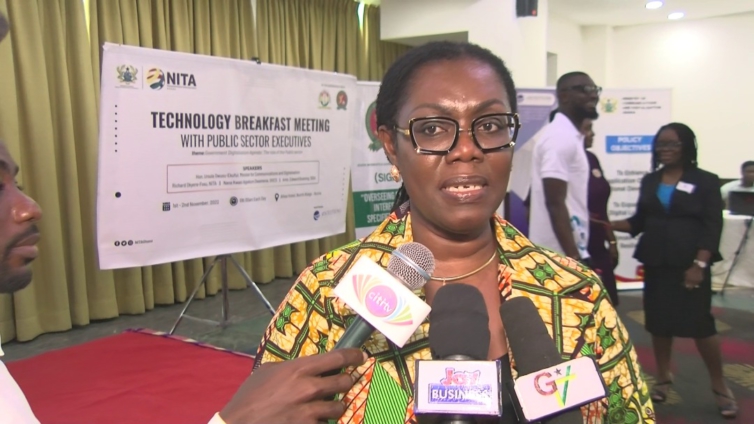 Chief Executive Officers (CEOs) of State Owned Enterprises who use their private emails for official state duties could lose their jobs, beginning next year, Minister of Communications and Digitalisation, Ursula Owusu-Ekuful, has warned.

Also, public sector workers who exhibit same practice and the hosting of data privately outside the government’s national database could face similar consequence.

According to Ursula Owusu-Ekuful, the practice has been a challenge for the management of information as well as protecting government’s national database.

This came up at the Technology Breakfast Meeting for public sector workers in Accra.

“For the CEOs and public officers, if you don’t use the secured email services, you could lose your job because you are compromising the security of the entire organisation’s data. And we can’t allow individuals to put our entire system at risk”.

“That’s why we are here with Civil Service Office and State Interest and Governance Authority so they send the message across all public and civil servants. If by the end of year, you persist in using your own email systems and working with your on-service providers and hosting your data outside the national data centre, you could lose your job” she warned.

He assured that the agency is well positioned to provide all digital services for the public sector.

SIGA charged chief executives of all the agencies to ensure that their institutions are on board the smart working space to reduce cost of operations.

DISCLAIMER: The Views, Comments, Opinions, Contributions and Statements made by Readers and Contributors on this platform do not necessarily represent the views or policy of Multimedia Group Limited.
Tags:
Minister of Communications and Digitalisation
SIGA
Ursula Owusu-Ekuful