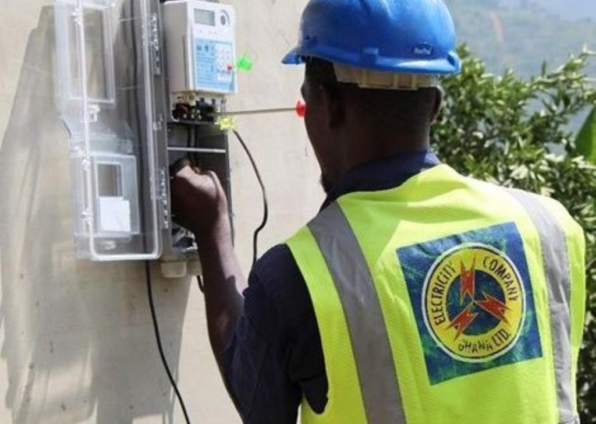 Executive Director of the Institute for Energy Policy and Research, Kwadwo Poku, has called on Ghanaians to change their attitude towards paying electricity bills if they want to pay less tariff to government.

According to him, Ghanaians are charged more for electricity because the country has a poor payment culture thus resulting in losses for the Electricity Company.

Speaking on JoyNews’ Newsfile Saturday, November 27, he said it was this poor payment culture that led to the Electricity Company introducing the prepayment metres.

Describing the prepayment metres as an expensive solution to a poor payment culture, he explained that the cost of acquiring these prepay metres is then shared on the tariff paid to the Company resulting in the high cost of electricity in Ghana.

He also added that due to the nature of the prepayment metres, it was rather easy for users to bypass them as metre readers no longer come around for inspections as often as they used to.

On the other hand, with the old metres, he said, “If a metre reader comes there and maybe he finishes his rounds maybe around 5 pm and he knows that he has disconnected this house and he sees the light on it tells him that basically, they have bypassed the metre or something, but if he’s never there you don’t see it.

“So developing countries like us, some of them choose not to have prepayment metres but they enforce collection and disconnection.”

He stated that remedying the poor payment of utility bills culture in the country could go a long way in reducing the high cost of electricity tariff citizens pay.

According to him, this could lead to a halt in the importation of the expensive prepayment metres, and as a result, Ghanaians won’t have to pay extra to receive electricity.

“I mean countries are different, we may go the prepayment route, but it is an expensive solution. Prepayment metres are expensive, so we must accept that our cost will therefore be higher than a country which has the philosophy of paying its bills. And we can’t sit here and complain that our power is too expensive, ‘na who cause am?’

“If we pay our bills we can get slightly cheaper power. The utility won’t have as high-interest cost while they’re doing payment, they won’t have to import expensive prepayment metres, their power suppliers will not request long periods of letters of credit for power supply which have a cost on them.

“When we have a poor payment culture, and that is you and I, it makes life more expensive for us. We are part of the problems so we must own the solution. Basically accepting that until we change our attitudes, we’ll pay slightly more,” he explained.

DISCLAIMER: The Views, Comments, Opinions, Contributions and Statements made by Readers and Contributors on this platform do not necessarily represent the views or policy of Multimedia Group Limited.
Tags:
electricity bills
Electricty
Kwadwo Poku