Check out this throwback of Black Sherif 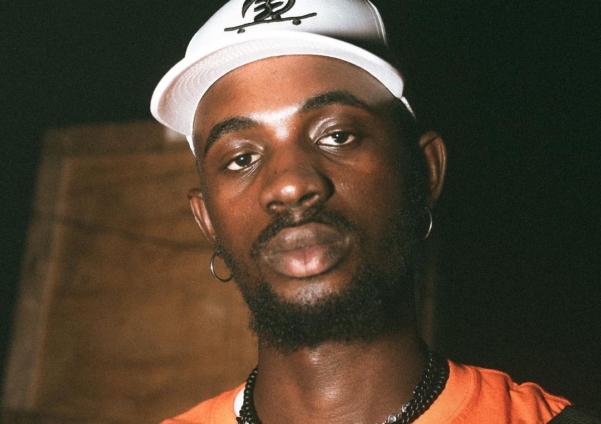 Before he became the guy serving Ghanaians with hits after hit, Black Sherif was just another young boy in Konongo, in the Ashanti Region.

In a new video, the rapper is seen with friends after what seems to be a football match.

Black Sherif, captured in the video, was proud of himself for scoring two goals to secure a win for his community team.

In one of his interviews, he mentioned he was a very skilled footballer growing up in his neighbourhood.

Black Sherif shot to fame in May 2021 after releasing his freestyle, First Sermon.

The rapper from Kumasi was already gaining some attention when he swept music lovers away with his early projects, namely Ankonam and Money.

The release of Second Sermon, which shone some light on the shackles of street life, drew more people to the artiste, with many wanting to know and see more of him and his talent.

In July 2021, Black Sherif revealed he did not expect the First Sermon and Second Sermon to gain the traction they did after their release.

Meanwhile, the rapper is still leading trends following the release of his hit single Kwaku The Traveller.

It became the first Ghanaian song to become number one on Nigeria’s Top 100 Apple Music Chart.

On AudioMack, Black Sherif was among the most streamed Hip-Hop artists this week. He was ahead of Kodak Black, Lil Durk and JUICEWRLD.

According to Shazam, Kwaku The Traveller became the most searched song in the week of April 9.

DISCLAIMER: The Views, Comments, Opinions, Contributions and Statements made by Readers and Contributors on this platform do not necessarily represent the views or policy of Multimedia Group Limited.
Tags:
Black Sherif